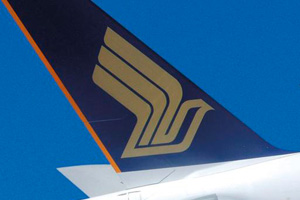 A proposed aviation venture between Singapore Airlines and India’s Tata Group has received approval from the country’s corporate affair ministry to use the name ‘Tata SIA Airlines Limited’.

The joint venture plans to offer full-service passenger services on domestic and international routes although the airline’s brand name is yet to be announced.

The two partners are making an initial investment of $100 million to launch the airline, which may take off next year after getting all the clearances required.

Tata Sons, the holding company of salt-to-software conglomerate Tata group, will hold a 51% stake in the new company, while SIA would have the remaining 49%.

Tata also announced a partnership earlier this year with Malaysia’s AirAsia to develop a budget carrier in India.