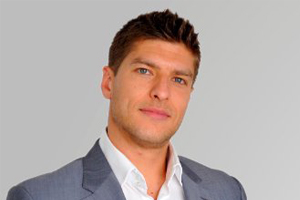 By Alistair Rennie, head of business decisions at First Rate

In August 2007, French bank BNP Paribas triggered a rapid increase in the cost of credit when it announced it was unable to value assets in two funds due to a ‘complete evaporation of liquidity’ in the market.

The shockwaves that followed would eventually lead to a 20% reduction in the number of UK outbound holidays between then and 2012.

During that challenging period, I was given the task of evaluating and predicting outbound travel market performance.

Among the various available indicators was consumer confidence.

As well as providing assessments of job security and economic outlook, I tracked ‘big ticket’ buys, the element of confidence most closely associated with a holiday purchase.

Unfortunately, given the broad definition of ‘big ticket’, I could just as easily be monitoring consumer intent to buy a new fridge as tracking the financial readiness for a holiday.

Wouldn’t it be great if the outbound travel market had its own measure of confidence to avoid confusing an uplift in demand for travel with a spike in requirements for large kitchen appliances?

It would need to be a composite index that measured travel intent, planned frequency and duration of holidays and associated spending to provide the industry with a consistent monitor of holiday appetite.

So we at First Rate teamed up with our partners to create the Holiday Confidence Index (HCI).

The index provides a unique measure of holiday intent at a time when the outbound market, although showing signs of recovery, remained 17% behind its pre-recession peak in August 2013.

In August, the wider economy was 3% behind its pre-recession level of output. Bearing in mind we’re talking about trillions of pounds, that remains a huge deficit.

But it illustrates an obvious disparity in the rate of recovery of economic output and outbound traffic volumes. This highlighted the need for a dedicated holiday confidence index.

Like most general measures of consumer confidence, the winter HCI shows an improving appraisal of the wider economy.

However, while the results show this translated into improving metrics for holiday frequency, duration and spending among UK consumers who travelled in the last 12 months and plan to travel during the next 12, the more positive economic outlook has not translated into more positive booking intentions among the UK population in general.

A small decrease in the overall intent of the UK population to travel alongside an improvement in planned duration, frequency and spending among those who are travelling, suggests a degree of stability in the market and plenty to be positive about.

However, it also reflects debate about the extent of growth in the economy and apparent lack of benefit, so far, to the population as a whole.

Whatever happens to the UK economy and prosperity over coming months, the Holiday Confidence Index will provide consistent, year-on-year comparisons of index-linked measures.

These will be reported first in Travel Weekly and, I hope, provide me with some popular news to report.