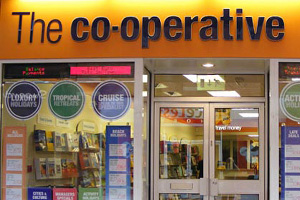 The Midcounties Co-operative has distributed a record £1.5 million to members and customers on the back of an improved trading profit.

The windfall came after a rise in first-half trading profits of £1.6 million to £11.8 million.

The society trades in food retail, funeral, travel, pharmacy, childcare nurseries, flexible benefits and energy, as well as running a number of post offices, and has 439,000 members.

It did not break down the contribution made by the travel division in the period between January 27 and July 27.

However, it said the share of profit payment included the largest single payout of £727 to a member who purchased two world cruises from Co-op Travel.

Society chief executive Ben Reid said: “What stands The Midcounties Co-operative apart from other businesses is that we only do three things with our profits – invest in the business, distribute them to our members and support local communities.

“This record level of distribution reflects the substantial growth we have achieved this year in reaching £1 billion annual turnover, which has been achieved with the ongoing support of our members and colleagues.

“We believe this is a timely reminder of one of the core values of a genuine co-operative – that it shares its profit with its members.

“Combine this with our unshaken commitment to operating as a democratic business with strong ethical values and we believe it demonstrates the strength of the co-operative model and explains why it has survived for over 150 years despite the occasional challenge to our reputation.

“Issues have arisen along the journey, but the strong commitment of our co-operative members to honour their commitment to the movement has ensured that we stay true to our values.”