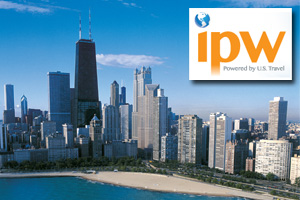 The chief executive of the US Travel Association has backed the expansion of schemes to allow travellers to go through customs at the point of embarkation.

Roger Dow told delegates at the IPW conference in Chicago that there was a “huge benefit” in allowing travellers to clear customs in the country of origin, as they currently can in Ireland and in parts of the Middle East.

But he warned that any moves to develop similar schemes in countries such as the UK should not come at the expense of US entry points.

“If you do that you need to make sure that doesn’t mean taking officers out of JFK or another airport and sending them overseas,” he said.

“Homeland Security is looking at (the option to extend the scheme), but the question is how you fund it.”

Dow also said he was confident that the US travel industry was on track to reach a goal of 100 million international visitors before the 2021 target set by President Barack Obama.

“International travel is growing by 5-9% per year so we are optimistic we can reach our target.”