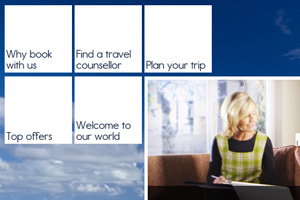 Travel Counsellors has picked up a 2014 Queen’s award for international trade.

The accolade recognises the company’s continuous overseas sales growth, having won the Queen’s Award for Innovation in 2003.

Travel Counsellors is one of 110 UK businesses which have won the award at a time when the company’s international operations are growing even faster than its UK operations.

More than 30% of its £385 million sales are generated overseas with almost 500 agents working overseas compared with 7% six years ago.

Founder and chairman David Speakman said: “This year we are also celebrating our 20th anniversary so it is fantastic to mark this with such a positive and prestigious recognition of how far we have come in this time.

“We have based our success on the foundations of integrity, care, trust and professionalism and a passionate desire to create a community of the very best in travel.

“We believe and have proved that there is a need for sincere and trusted advisers that place customer care at the centre of their businesses, which is why our model has really been embraced by the international markets we have expanded into.”

“As a result we have almost 70% repeat business and a world-beating 96% customer satisfaction score, meaning we can offer a secure, safe and extremely promising future to those looking to build a business with the company.”

The company will be presented with the award at its head office in Bolton by the Lord-Lieutenant of the County as the Queen’s representative. The Queen also hosts a special reception at Buckingham Palace for representatives of the winning companies in July.