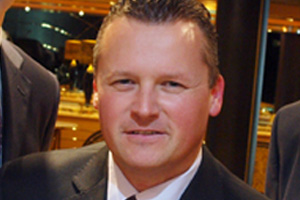 MSC Cruises’ former director of sales Stephen Moffett has launched his own online travel agency and plans to use knowledge acquired from agents to help him succeed.

Moffett, who has also worked for First Choice and Unijet, said he would use the experience gained from 20 years of working alongside travel agents to his advantage.

The managing director said the Travel Club side of the business will focus on “bespoke, luxury and tailor made bookings”, while the cruise side will sell re-packaged products from river and ocean lines.

“We’re focusing on tailor made and luxury travel because when it comes to your average three or four star hotel we can’t compete with the likes of Thomas Cook and Tui,” he explained.

“In the past I have been helping agents to make money and I learnt a lot from them about what works for an agency and what doesn’t.

“I’ve seen what the successful agents have done and I have wanted to give this ago for some time now but it would have been stupid to do it while the economy was bad.”

Moffett’s aim for the first year is to “break even and make money”, but his long-term ambition is to “be a major player” in luxury travel and cruise.

The agency is already looking at taking on homeworkers and is aiming to have four or five by the end of the year.

Initially Moffett is to focus on the Oxfordshire area where he believes residents have more disposable income, however he believes the online agency will do well nationally.

“It will be interesting to see everything from an agents view from now on,” he added. “Being able to meet with all the different cruise lines and talk business. I do think my background in cruise gives me a bit of a boost because I know how that side of the industry works from the line’s perspective.”