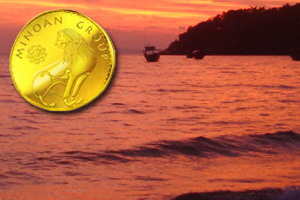 Minoan Group has raised £687,000 before expenses by placing shares with institutional and other investors.

The announcement comes as the group said it was still keen to pursue further acquisitions, having bought Martin Singer Travel.

In a statement, the company said it had raised the proceeds through a placing of 5.7 million new shares at 12 pence each. It is conditional on admission to AIM, which Minoan hopes will be achieved on May 30.

As well as new acquisitions the company said it intends to use the proceeds to support its development, including its resort project in Crete which was given the go-ahead by local councils earlier this year.

In a statement the company said it was “presently in advanced discussions with a number of potential targets, and has identified other prospective acquisition candidates compatible with the group’s acquisition criteria”.

“Potential acquisitions which are the subject of advanced discussions range in annual historical revenues (on a total transaction value, or TTV, basis) from £200k to over £30 million, with commission rates and operating profit margins reflective of the travel agency and leisure sector.

“Further, prospective acquisition targets have been identified with annual historical revenues (on a TTV basis) of up to £90million.

Christopher Egleton, chairman of Minoan, and Duncan Wilson, chief executive, said: “With the future prospects of the project, which has seen the achievement of major milestones in the past few months, and the possibility of adding more businesses to the group’s already successful travel and leisure division, we look forward to reporting further progress.”

In an interview with Travel Weekly last month, Wilson said he was looking to branch out of Scotland and acquire miniples in the north of England, Wales and Northern Ireland.

However, he added that he wasn’t prepared to “wave a magic wand” to save businesses “that are dying” and that acquisitions would be based on the agency being successful.