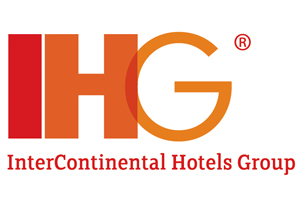 A shareholder in InterContinental Hotels Group (IHG) has urged the giant hotel group to consider a £6 billion takeover offer that was reported to be coming from a US bidder.

Marcato Capital Management, which said it owned 3.8% of outstanding shares in the chain, said the prospect of a merger with another hotel group would have “compelling strategic and financial merit” and would be a unique opportunity.

Sky News last week reported that IHG had rejected a takeover offer from a an unnamed US bidder.

“We strongly encourage Intercontinental Hotels Group’s board of directors to explore such a combination and engage advisors to conduct a formal process to ensure it evaluates the full range of opportunities available to maximise value,” Mick McGuire, managing partner at Marcato, told Reuters.

Reports last week said that IHG, which runs 4,700 hotels under brands including Crowne Plaza, Holiday Inn and InterContinental, met some weeks ago to consider a £6 billion offer but had rejected it on the grounds it was too low.

Analysts have suggested that Starwood Hotels & Resorts Worldwide, owner of the Sheraton and Westin brands, could be the US suitor.

However, many analysts have also pointed out that since the reported approach occurred IHG has repurchased shares on several occasions, suggesting it cannot be in any active bid talks.

The firm has also since announced it would return $750 million to shareholders and was considering selling off more hotels to boost further cash returns, bolstering its share price and reducing the bid premium.