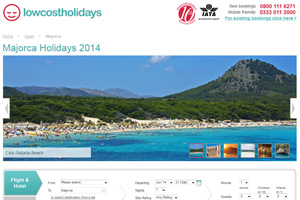 A leading industry marketer described the high level of advertising so close to the school holidays as “a clear sign” the overall market is under-performing.

Marketing expert Steve Dunne, chairman of the Brighter Group, said campaigns going into the lates market are not unprecedented, but suggested: “This amount of advertising at this time of year is an absolutely clear sign the market is struggling.”

Referring to the level of advertising, rather than specific campaigns, Dunne said: “It’s a last throw of the dice. If some companies don’t get sales they will be left with stock that perishes.”

John McEwan, chairman of Holidaysplease, said the family market was proving tougher than anticipated. He said: “We’ve not seen a bounce in sales since April and the school holidays are only three weeks away. We’re seeing  this reflected in prices – there is  no real increase year on year.”

Chief marketing officer Alex Gisbert said: “Positioning ourselves at a time when the lates market is exceptional value fits our model. We’ve seen a real lift in sales performance and record sales days from both the trade and direct.” He added: “We’ve planned a full year’s campaign, including TV.”

Gisbert said prices had dipped for July but were holding up for August and September.