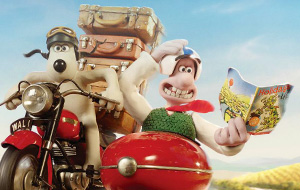 A record number of 9,620 additional jobs have been created for the domestic tourism sector as part of a three-year VisitEngland initiative.

The project, aimed at inspiring UK residents to take more holidays at home and to create jobs in the tourism sector, has exceeded the overall target of 9,139 jobs six months ahead of the project deadline and with still one year to go when the programme ends in October 2015.

The scheme is funded by £19.8 million from the Government’s Regional Growth Fund (RGF) and with a total investment of £41.6m including contributions from VisitEngland and the private sector.

The latest figures include the results of marketing campaigns that took place over autumn 2013/winter 2014 in partnership with a number of destinations across the country.

These campaigns alone have generated £101.3 million in tourism spend and created 1,876 additional jobs for the sector.

The destination-based campaigns featured across a selection of national and regional print, broadcast and digital media covering Bristol, Manchester and Nottinghamshire.

VisitEngland strategy and development director Louise Stewart said: “Ultimately these campaigns are aimed at driving growth in domestic tourism by encouraging Brits to book a short break at home in one of the many unique and wonderful destinations on offer across England.

“It is rewarding and encouraging to see the campaigns succeed in boosting the visitor economy, creating jobs and inspiring people to take a holiday in England.

“With the trend to holiday at home remaining strong in 2014 despite the severe weather earlier this year, we know British people continue to place enormous value in England as a world-class holiday destination.”