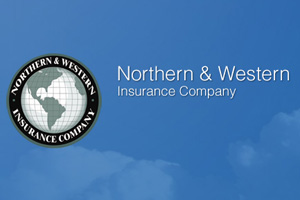 A key provider of supplier failure insurance has had its licence suspended after a failed property development left it facing £55 million in claims from investors.

Northern & Western Insurance Company’s entry into the travel market in 2010 was contentious because it is registered in Nevis and unregulated in the UK, but it was one of only two firms providing cover.

The suspension of NWIC’s licence on August 29 by the Nevis branch of the Financial Services Regulatory Commission means it cannot issue new policies.

NWIC faces claims in London from investors in a Docklands property development who have lost their money after the developer fled to Dubai.

NWIC’s UK agent, Guarantees & Bonds, has brought in another Nevis firm, Commodore Insurance Company, which it says offers the travel trade a “credible” and “fair” alternative.

However, broker Rock Insurance and Advantage Financial Services have instead started working with New Zealand firm CBL Insurance amid concerns about using another unregulated underwriter.

Rock said CBL is a firm of 40 years’ standing and is regulated by the Central Bank of Ireland.

Rock Insurance managing director Antony Martin said: “Agents will make up their own minds on who to work with. For some this will be on price, but for many it is certainty around financial security, regulation and the ability for the insurer to pay claims when required.”

Philip Radley, managing director of Guarantees & Bonds, said NWIC proved itself as reliable and described Commodore as “very conservative”. He said he had agreed a deal whereby all live policies have been taken over by Commodore and this had been accepted by all but Advantage and Rock.

Radley added the Nevis insurer has been approved by the CAA. NWIC and the Nevis financial regulator did not respond to a request to comment.