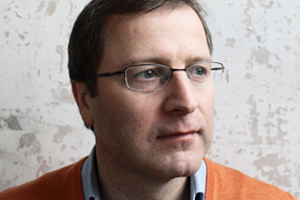 An outside investor is being sought for online cruise and ski retailer in Iglu to replace a minority shareholder.

Founder and chief executive Richard Downs (pictured), who started the business in 1998, can expect a slice of a £50 million windfall as it explores bringing in a new investor, the Sunday Telegraph reported.

Private equity house Growth Capital Partners, which made  £19 million investment in the company in 2012, is looking to sell its minority stake in Iglu.

Advisers at Deloitte have been appointed to help in the process which could take until the middle of next year.

The GCP deal helped Igu to acquire Planet Cruise in May last year.

Iglu secured £7.5 million in finding from Royal Bank of Scotland in June.

The company employs around 150 staff and made pre-tax profits of £2.3 million last year.

Chief executive Richard Downs told Travel Weekly: “It’s massively early on in the process but it’s great for Iglu and the travel industry as whole that Deloitte feels extremely confident of the prospective interest in replacing GCP’s investment with a later stage private equity house.”