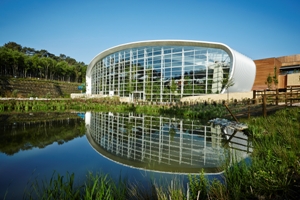 The UK Center Parcs business has been put up for sale by private equity giant Blackstone Group.

A deal for the domestic resorts operator could be worth £2.5 billion.

Center Parcs, which runs five holiday villages in the UK, confirmed yesterday that it was “considering its strategic and financing options, which may include private or public equity or debt capital markets”.

However, the operator stressed that no decision has been taken as to “whether to proceed with any such transaction,” according to a statement to bondholders.

Formula One owner CVC Capital Partners and Singapore’s sovereign wealth fund GIC are among those reported to be considering a bid for Center Parcs, which made £146.8 million in earnings before interest, tax, depreciation and amortisation [EBITDA] for the year to April 2014, up from £140 million the previous year.

The Abu Dhabi Investment Authority and Carlyle, the co-owner of RAC, have also been linked to a possible bid for the company, which could value it at £2.5 billion.

A stock market float in the second half of the year is also being considered if a private sale fails, with Rothschild advising the company, as previously reported by the Sunday Times.

Blackstone rejected a joint takeover offer last year from BC Partners and the Canada Pension Plan which is believed to have valued Center Parcs at about £2 billion.