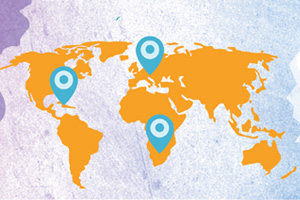 Adventure travel has increased in popularity by 65% in four years, according to new figures.

The research, conducted for Pyramid Travel Products, which surveyed 2,000 people, highlights that more and more Britons want to incorporate activities such as mountain biking and canoeing into their yearly trip.

Around 22% of respondents said that in the past 10 years they have been to an exotic country to try a new activity like bungee jumping, rafting, or paragliding. Countries such as Austria, Botswana and Cuba were listed as some of the best destinations for adventure travel this year.

Separate figures from the Adventure Travel Association (Atta) back up the findings, stating that families opting for activity-filled holidays in exotic destinations increased by 65% in the four years between 2009 and 2013.

Atta’s study also found that 80% of tourism boards now consider adventure travel a standalone sector – compared to 40% eight years ago – with its estimated worth now $263bn in the US and Europe.

Atta president Shannon Stowell said: “Package holidays have taken a big hit. Most thinking adults want to do their vacation their way, not the way 50 or 60 other people want to do it.