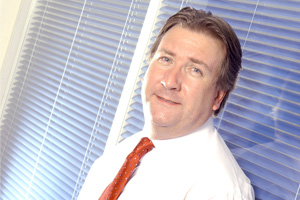 Let me declare at the outset – I love the cruise sector and I adore cruising. But, from a marketing stance, I’m also fascinated by the challenges the sector faces.

Cruise has been the poster child of the travel industry for the past decade. It had growth that the rest of the industry could only dream of. Massive investment, new product development and inspirational innovation have been its hallmarks. But growth is slowing. The sector has, or is about to, hit a glass ceiling. Recruiting new customers is posing a problem.

The ‘yet-to-cruise’ audience can be divided into two groups. First, those that have taken a position on cruising. You know the type: “I’ll do that when I’m 70” or “I can’t bear the idea of being stuck on a ship”. They take 30 years to recruit, yet once they have cruised they are usually converts.

The second group are those for whom cruising is simply not on their radar. They are into adventure, wellness, hiking or something else. So how does cruise break through that glass ceiling?

If you look at how the sector promotes itself, it does so, with one or two exceptions, almost entirely with messages about ships and onboard features. And that strategy has been brilliant for the past decade or more.

But that approach may not necessarily resonate with the yet-to-cruise market – if it did, this group wouldn’t exist.

Perhaps it’s time for the cruise industry to take a fresh approach in marketing to a new audience. If cruise wants to break through the glass ceiling it has to redefine its proposition.

Many brands and sectors have opened up a whole new market by redefining their proposition.

Take Apple, for example. Little more than a decade ago it was just another PC company. But Apple made a decision to redefine its proposition to open new markets. It remained a technology firm but a consumer one. It approached new-product development differently: appealing to untapped markets in a way that was not about technology but about other motivations. As a result, one‑third of those that bought an Apple Mac had never owned a PC before.

Apple didn’t invent the MP3 player but with the iPod it redefined the downloadable music market by deciding, through iTunes, to distribute content as well as facilitate its consumption.

And with the development of the iPhone the parallels with what cruise must do are even more obvious. Until the launch of iPhone, phone companies saw themselves as hardware providers – focusing on features of the handset. Apple entered the market seeing itself as a software provider, enabling people’s lives through apps – and that resonated.

Apple didn’t plan to progress from iPod to iPhone and then iPad. But it did have a vision to become more consumer‑focused, appealing to motivations and feelings rather than emphasising hardware features.

For cruise, thinking about a different proposition may be tough, particularly when it has had such a successful past strategy. But to get to that yet-to-cruise sector, a new approach may just help it break through that glass ceiling.