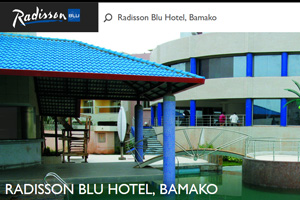 Two suspects have been arrested in connection with the siege at a hotel in the Mali capital of Bamako that left 20 people dead.

The suspects’ identity and alleged role in last Friday’s attack at the Radisson Blu hotel was not immediately known, the BBC reported.

Armed men held 170 guests and staff hostage during the nine-hour siege, killing 20 and wounding 14 before police stormed the building.

An al-Qaeda affiliate claimed responsibility for the attack, in which two militants died.

“They opened fire from the entrance of the hotel, in the lobby, the restaurant, various corridors. They fired on people indiscriminately,” he said.