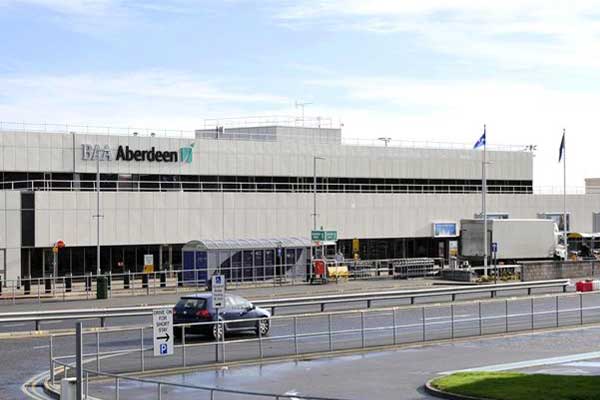 Aberdeen airport was put out of action yesterday after a hole appeared in the runway, believed to have been caused by heavy rain.

Some flights were diverted as the airport was shut while repair work was underway.

The airport said the runway was unavailable yesterday for inbound flights due to “surface damage” caused by adverse weather.

The terminal was open this morning and the runway length was shortened to allow smaller aircraft to operate from 7am.

Twenty people spent the night in the terminal building, the BBC reported.

“We expect to be fully operational later this morning but you should check again nearer the time,” the airport said.

But the airport warned on its twitter feed: “Please check with airline before travelling due to dangerous road conditions.”

“We apologise for any inconvenience caused. Passengers are advised to contact their airlines for further information,” it added.

Heavy rain and flooding across eastern Scotland forced the closure of the rail line between Aberdeen and Dundee with no alterative travel available due to the road conditions.