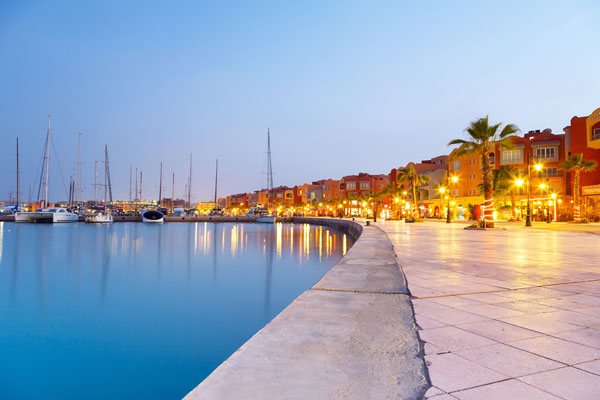 Egypt’s tourism minister has pledged additional security measures to protect tourists in the wake of Friday night’s attack on holidaymakers in Hurghada.

Suspected militants wounded two Austrian nationals and a Swedish tourist at the Bella Vista Hotel in the Red Sea resort.

Minister of tourism, Hisham Zaazou, told Daily News Egypt: “The welfare of tourists visiting Egypt is of the greatest importance to us and will continue to be so.

“Over the upcoming days, we will announce even greater security measures to safeguard all tourists visiting Egypt.”

One of the attackers was reportedly killed in gunfire with the hotel’s security guards. The other armed men were injured by security forces during the pursuit that followed the attacks.

Bella Vista Hotel administration said in a statement on Saturday that the incident occurred briefly, taking no more than four minutes, and denied media reports claiming otherwise. The hotel called these media reports “propaganda that will affect tourism in Egypt.”

“Two drugged young men attacked one of our hotel restaurants,” the hotel said on its Facebook page.

The statement described the attackers as armed with knives and a fake gun and having stabbed three of the guests.

The Foreign and Commonwealth Office said: “We are aware of an incident that took place at the Bella Vista Hotel on Sheraton Road in Hurghada, Egypt on 8 January in which a small number of foreign tourists were injured.

“British Nationals are advised to stay alert and follow the advice of the local authorities.”

Flights from the UK to Sharm el-Sheikh were suspended in November and holidaymakers repatriated after the crash of a Russian Metrojet Airbus killing all 224 people on board after taking off from the resort’s airport.

Chairman of the Egyptian Tourism Federation, Elhamy El-Zayat told Daily News Egypt in December that after five years of continuous crisis, which began with the 25 January Revolution in 2011, the tourism sector is waiting for the “mercy of the sky” in order to recover.

El-Zayat said Egypt’s tourism revenue last year was below $6 billion, which marked a drop of $1.5 billion from the reported revenue of 2014.