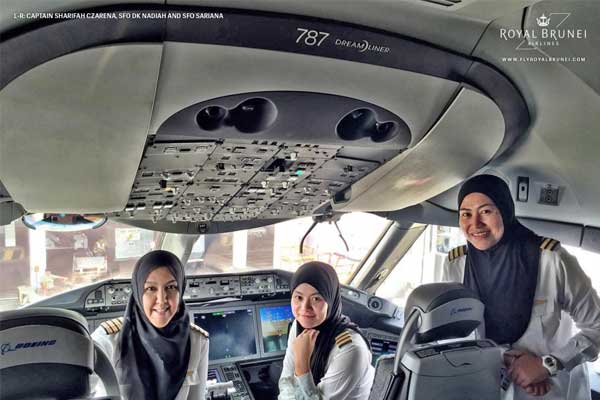 They made their first flight to Saudi Arabia, where women are not allowed to drive, the BBC reported.

The women flew a Boeing 787 Dreamliner from Brunei to Jeddah.

Captain Czarena trained in the UK and in December 2013 became the first Royal Brunei pilot to fly out of Heathrow in its flagship Dreamliner.

Saudi Arabia is the world’s only country to forbid women from driving.

While it is not technically illegal for women to drive, only men are awarded driving licences – and women who drive in public risk being fined and arrested by police.

Saudi women have launched a series of campaigns – including on social media – to demand an easing of the restrictions.