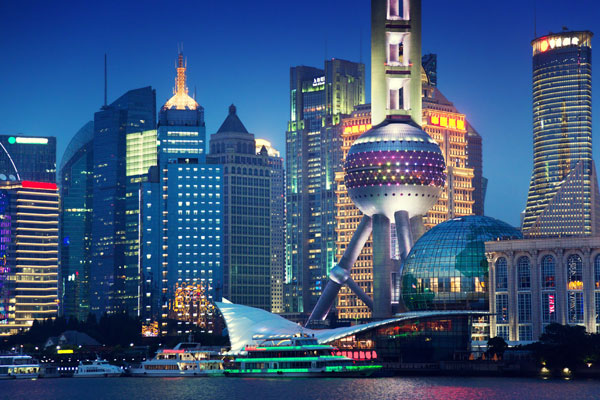 Direct scheduled flights to Beijing and Shanghai (pictured) are to be introduced from Birmingham airport this summer.

Beijing Capital Airlines is to operate twice-weekly departures from July 19.

Flights will run on Saturdays to Beijing and on Tuesdays to Shanghai (Hangzhou).

The start of scheduled services follows the success of direct charter flights, the first outside of London, which saw more than 7,000 Chinese visitors fly to Birmingham airport last year and in 2014.

The new flights will be on sale in the UK and will also be sold in China through the Chinese tour operator Caissa Touristic.

Birmingham airport chief executive, Paul Kehoe, said: “Today we have reached one of our goals – to offer direct scheduled services to China.

“We have made the investment, developed the market and today is testament that our region has enormous demand for direct flights to China.

“Last year around 150,000 people flew between our region and China, with passengers preferring to travel from their local airport.

“Beijing Capital Airlines and Caissa have recognised this demand, paving the way for a scheduled service to both Beijing and Shanghai.

“These flights will give our region direct access to China and will also offer Chinese tourists an alternative gateway to the UK, which has previously proved so popular.”

Spanish low-cost carrier Vueling is to operate a new winter route from Birmingham to Malaga twice a week from November 1 using a 180-seat Airbus A320.

Meanwhile, Prague is to be served five times a week from Birmingham airport.

Return fares by the SkyTeam member carrier start at £101, including all charges.