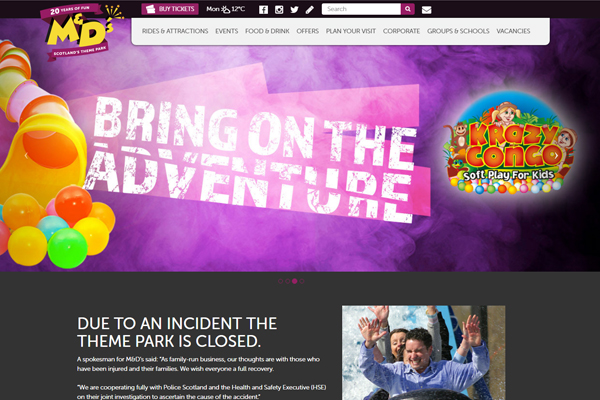 A Scottish theme park was shut after eight children and two adults were injured in a rollercoaster crash.

Ten people reportedly remain in hospital after the ride derailed at the M&D’s park near Strathclyde Park, Motherwell, on Sunday.

Three of the children were said to be in a serious condition, the BBC reported.

The park’s owners said the company was co-operating with a joint police and Heath and Safety Executive investigation.

A statement on the M&D’s website said the theme park was “closed until further notice” due to a “serious incident” involving the Tsunami rollercoaster.

Witnesses said people were trapped upside down on the ride when it crashed yesterday afternoon.

A spokesman for the theme park’s operators M&D’s said: “As a family-run business, our thoughts are with those who have been injured and their families.

“We wish everyone a full recovery. We are co-operating fully with Police Scotland and the Health and Safety Executive on their joint investigation to ascertain the cause of the accident.”