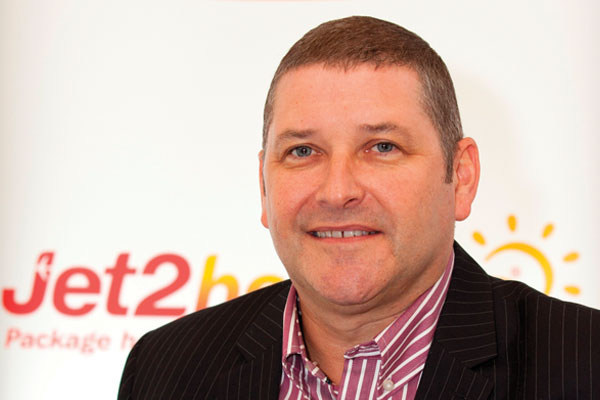 Jet2holidays will hold a dedicated conference for agents from the Midlands following news that its leisure airline business will begin flying from Birmingham airport for the first time.

The three-day event will take place from November 28 and will host 120 agents from the region who do not already sell Jet2holidays.

The location is being kept under wraps and will be revealed at a launch event in August.

Jet2.com today announced it would be introducing 57 weekly flights to 15 destinations from Birmingham airport in 2017.

It already flies from seven other bases, mainly in the north of England, including Leeds Bradford and Manchester.

Alan Cross, general manager trade sales at Jet2holidays, said: “We’ve seen huge growth from customers and agents from the Birmingham area so this ties up the whole Midlands belt for us.

“People in Birmingham buy into the package holiday and the value it offers.”

Asked whether the company has any plans to move south, Cross said: “Birmingham was a natural progression for us and is the total focus. We have no plans to move into the south.”

However, he said the company planned to expand Birmingham capacity in the future.

“It’s a very big programme and very comprehensive,” Cross added. “This is the start of things to come for Birmingham and I see it expanding because this is what customers want.”

Commenting on competitors Thomas Cook and Tui, Cross said the immediate goal was to convert more Jet2.com flight passengers into Jet2holidays customers, adding: “We are aware of our competitors but we focus on ourselves and our actions rather than competitors.”

The sales team for the region has been restructured with a new regional manager appointed two months ago and an additional sales executive recruited, taking the team size to three.

They will be carrying out face to face meetings with agents and senior staff, while fam trips and more joint activity with regional agencies is also in the pipeline.

Midcounties group general manager Alistair Rowland, who was at the launch event in Birmingham today, has welcomed the move and said there is now even more impetus to expand its network of shops in the area.

“We have been lobbying Jet2 for three years to add Birmingham as the next natural hub but even I am surprised at the level of commitment they have made.”

He said Jet2 had become its second biggest supplier after Thomas Cook.

“They have done exactly the right routes and timings,” Rowland said. “With the size and capacity, this is going to be game changing for the region without a doubt.”

Rowland added: “It will help with our decision to grow. If we are looking at having more shops it now becomes much easier because the way Jet2 supports the trade is the best therefore agents will know more about the product than anyone else. While our partnership remains strong it will grow our business quicker.”