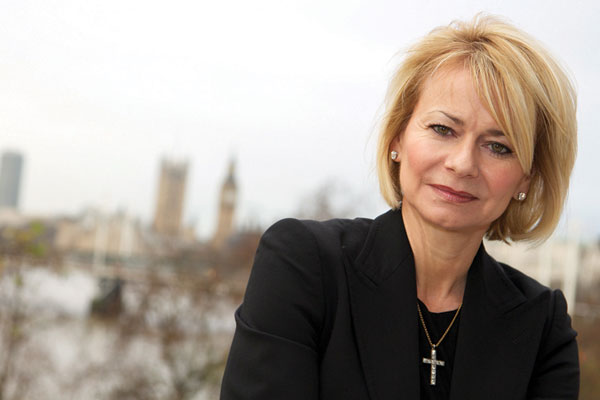 Former Thomas Cook chief executive Harriet Green has indicated there was a lack of compassion in the way she handled the aftermath of the deaths of two children on holiday in Corfu in 2006.

In a BBC Newsnight Facebook Live session following an appearance on the current affairs programme last night, she was challenged over how she addressed the issue before she left in 2014.

Cook faced widespread condemnation of the way it reacted to the deaths after an inquest in 2015 that concluded it had ‘breached its duty of care’ over the incident. This prompted an emotional and full apology from new chief executive Peter Fankhauser.

Bobbi and Christi Shepherd, aged six and seven, died of carbon monoxide poisoning while staying at the Louis Corcyra Beach Hotel during a half-term trip.

Taking a viewer’s question, Newsnight presenter Evan Davis asked whether she regretted whether it ended up being her successor Fankhauser who issued a full public apology.

Green said: “Of course I think in hindsight listening more and having greater compassion is always something that one can learn from.”

Davies asked Green what resistance there was at Cook that prevented an apology being made, suggesting it was lawyers’ advice.

Green said: “I think it’s the sequence of this terrible tragedy [which] occurred in 2006, the legal process where the people responsible were brought to justice and convicted for their part in that.

“By the time I became CEO in 2012 the business was in a survival mode and what we need to focus on was making sure the employees, the clients, the pilots, the planes we were in a position with pension funds, investors and banks to make sure this company survived and that’s what it did and then it went on to make the next stage.”

It was suggested that one of the salutary lessons for businesses that came out of the tragedy was that businesses now are operating much more in the glare of public opinion due to social media.

Green agreed saying this was an issue for “every single part of the business community, the people who invest, the banks, the employees, the customers, those who use social media and us to respond as we are doing now”.

Since the inquest Thomas Cook has established a charity involving the mother of the two dead children Sharon Wood to raise awareness about the dangers of carbon monoxide.

Green left the role of chief executive of Cook abruptly and unexpectedly in 2014 before taking on a position as a divisional head at technology giant IBM.

She was asked on to Newsnight to discuss her views on technology and the Internet of Things but also addressed Brexit and her time at Cook in a wide-ranging interview.