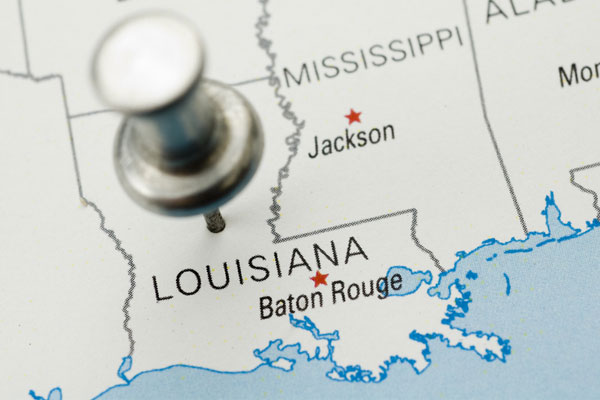 A disaster area has been declared for the US state of Louisiana after at least five people died and thousands were rescued after “historic” flooding.

Soldiers and emergency teams have rescued more than 20,000 people from their homes or cars after the floods, which were caused by torrential rain.

Emergency workers told the BBC some people were still stuck in their homes.

About 200 roads were closed because due to high water and 1,400 bridges need to be inspected before they are re-opened to traffic.

The neighbouring states of Alabama and Mississippi also suffered from severe weather, although rains are lessening as they move west over Louisiana and further.

One of the worst-affected areas was the Louisiana capital of Baton Rouge.

Local official William Daniel told the BBC from an emergency control centre that between 8,000 and 10,000 people were in shelters.

“We’re still receiving phone calls about people who’re trying to get out of their homes because they can’t get out because either there’s water coming in to their houses or their streets are blocked.

“It is definitely an unprecedented flood here in Baton Rouge. Houses that have never ever even come close to flooding have water three and four foot high in to the houses.”

Louisiana governor John Bel Edwards described the widespread flooding in the southern part of the state as a “truly historic event”.