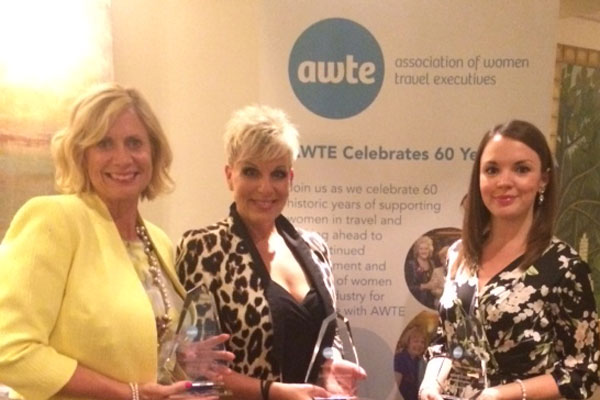 Former train driver Kirsty Sando picked up the Business Impact Award. Sando, who is now service manager for Heathrow Express, said she hoped she could “pave the way for women in the travel industry having worked her way up”.

The Honorary Award went to Lindsay Garvey Jones from Holiday Extras who was recognised for her support to others in the industry.

PR company Brighter Group, which recently celebrated its 21st anniversary, took home the Company Award, which is given to a business committed to gender equality.

Five women were also invited to join the AWTE Influential Women in Travel, Tourism and Hospitality Honours List at the event which took place at the Cavendish Hotel in London’s Mayfair.

They join the existing 65 women on the Honours List created to celebrate AWTE’s 60th anniversary year in 2014. Each year five new names are added at the awards ceremony.

Chairwoman of AWTE Debbee Dale said: “Every year we are bowled over by the standard of entries for the Chair Awards.

“This year’s shortlist made the job of choosing a winner extremely challenging, as all of the women on the list are raising the bar in their respective fields within travel and tourism. I would like to congratulate both the women who were shortlisted as well as those that went on to win the awards.