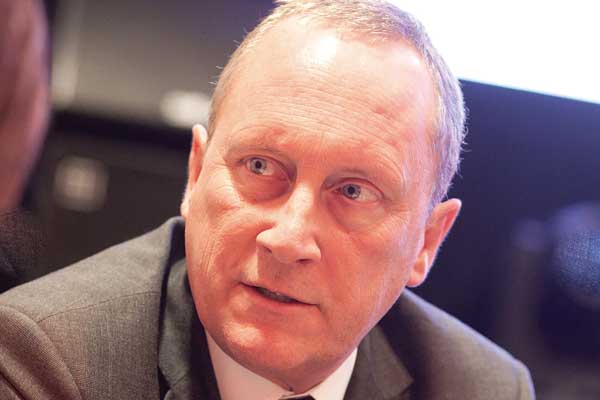 Retaining free movement of people and the chance to press the case for the abolition of Air Passenger Duty are the key issues for travel following the UK’s vote to leave the EU.

A debate on Brexit at World Travel Market on Monday heard from industry leaders who said although the country was entering unknown territory it must take a business as usual approach.

Thomas Cook UK and Ireland managing director Chris Mottershead said: “From a business point of view it’s business as normal because we are not clear on any timelines or final decisions. We have to continue in the belief that the best will come from it.”

Asked what his main message to government would be, Mottershead added: “We are all aligned that APD has to be removed. That will stimulate more travel into the UK and also provide better prices for people who want to travel outside of the country.”

Mottershead added: “It is very important that we engage fully with all governmental bodies to help them understand the implications of decisions they will make. And this is happening now.”

Monarch Group chief executive Andrew Swaffield said the key question for the travel sector resulting from Brexit was about whether free movement of people would continue.

“We need to get that clarity quickly because it almost answers all the other questions. For me, the whole thing hinges on free movement of people.”

Swaffield said without free movement of people it was questionable whether the UK, and in particular London, could sustain its hospitality industry but, if kept, he was optimistic a liberal approach to air travel within Europe and visa-free travel could be maintained.

“If you say no [to freedom of movement] it’s hard to see how any of that works anymore,” he said.

Swaffield added: “We have a skills shortage in this country and we have a demographic time bomb. Our population is ageing.

“One of the reasons the UK market has been so successful is lots of young people have come from eastern Europe and that has enabled the UK to fill the gaps. If that disappears there is not enough young people in the UK.”

Swaffield said consumers have benefitted from the EU Common Aviation Area liberalising the market and encouraging competition, something that has enabled the likes of EasyJet to flourish.

“It would be a very backwards step for this country to give away that,” he said adding he expected easyJet to secure an EU operating licence “very soon” to insure itself against the possibility of the UK leaving the Common Aviation Area.

Terry Williamson, chief executive of wholesaler JacTravel, said he was confident the travel industry would cope with Brexit. “I have been in travel for 30 years and this is one hell of a resilient industry. Whatever challenges are thrown at it we have a way of working things out. I’m still exceptionally positive about this industry. There will be hiccups along the way, but I’m absolutely certain we can deal with them.”

Patrick Richards, Cox and Kings chief operating officer, said the entire industry should work together for the common cause

“Sometimes inbound and outbound are pitched against each other. That ignores the many synergies there are. We both rely on the same air capacity, the same transport links.”