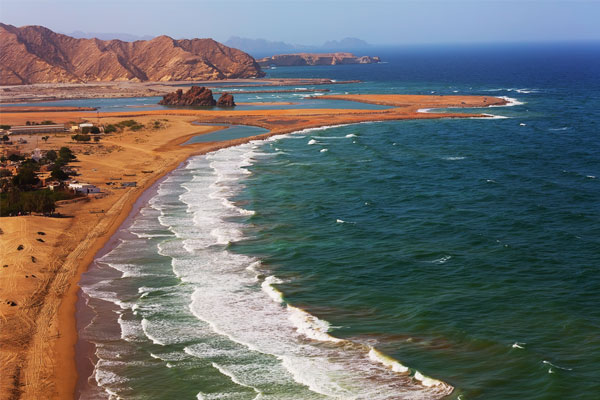 Oman is targeting a growth of 15-20% in visitor numbers this year following the launch of a second flight with Oman Air from London Heathrow in May, according to the Ministry of Tourism.

The national carrier is also launching a new flight from Manchester to Muscat in April 2017, marking the first time the airline will fly non-stop into a UK airport outside of London.

Oman saw visitor numbers rise almost 10% in the first three months of this year, but the figure was below expectations according to Maitha Al Mahrouqi, deputy chair of Oman Air and under-secretary at the Omani Ministry of Tourism.

“It’s below what we thought to be honest – we were expecting more, but we hope that with the second flight from London to Muscat we will increase those numbers,” she said in an interview at WTM.

“By the end of this year our target is to increase by a minimum of 15-20%, and next year I think I’m going to set much higher targets.”

Visitor numbers rose 17% from 2014 to 2015 on the back of favourable currency exchange rates and Oman is hoping to reverse the recent drop over the next few years through a number of new developments.

A new terminal at Muscat International Airport is currently under construction, with phase one set to be complete by the end of next year with a capacity of 12-15 million passengers. When finished in 2026, it’s set to carry 48 million – compared to 8 million currently.

Several other new projects are meanwhile underway in and around Muscat itself, including a luxury resort complex, Saraya Bandar Jissah, opening in 2017 and set to feature two five-star beachfront hotels, a boutique hotel and a Jumeirah Group resort.

Construction of a $2.5bn complex – the Omagine Pearl Project – is also beginning in 2017 with hotels, a mall, amphitheatre, marina and restaurants all under its wings, and a Kempinski hotel will soon be opening in the city.

The new flights from Manchester are expected to open this out to a broader section of the UK, while also giving Asian markets better access to the country, according to Al Mahrouqi.

“The new flights next year will be a gateway, not only for Oman as a hub but also onwards to other destinations,” she said. “So having another city in the UK is a very important part of our strategic plan.

“The UK is considered one of our top markets, and having access to cities in the UK is very important for us – especially Manchester, which is such a highly populated area with amazing connectivity to Asia.”