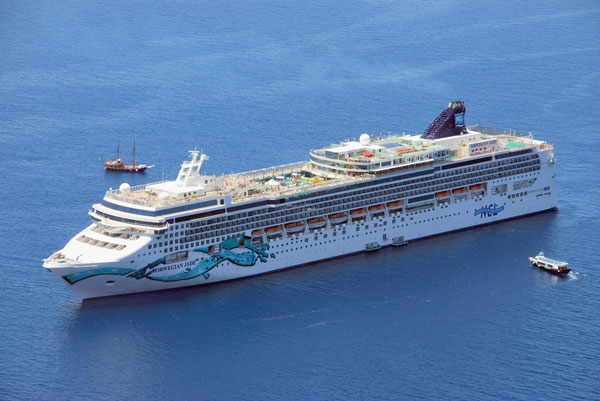 Norwegian Cruise Line has confirmed that it will continue to operate departures from Southampton in 2018.

The line is returning to offer cruises from the UK port next summer for the first time in seven years with the newly refurbished ship Norwegian Jade.

The US company last night issued global itineraries for summer 2018 and autumn/winter 2018-19.

They include Norwegian Jade returning to Europe in summer 2018 to run a series of Norway, Iceland and North Cape cruises from Southampton and Hamburg, along with British Isles cruises on selected dates.

Deployment for summer 2018 includes five ships in Europe, including Norwegian Breakaway, which will call into Southampton following a 12-night transatlantic departure from New York on April 15.

Norwegian Breakaway will then undergo enhancements in dry dock before heading to its new seasonal homeports of Copenhagen and Warnemünde for a series of nine-night Scandinavia and Russia cruises.

Norwegian Star will reposition from the US West Coast to Venice to run seven-night Greek Isles and Adriatic and Greece cruises.

Norwegian Epic, which was refurbished this year, will again sail seven-night Western Mediterranean cruises from Barcelona and Civitavecchia.

Norwegian Spirit will set sail from Barcelona to the Canary Islands and Morocco on a series of 10- and 11-night cruises in winter 2018-19.