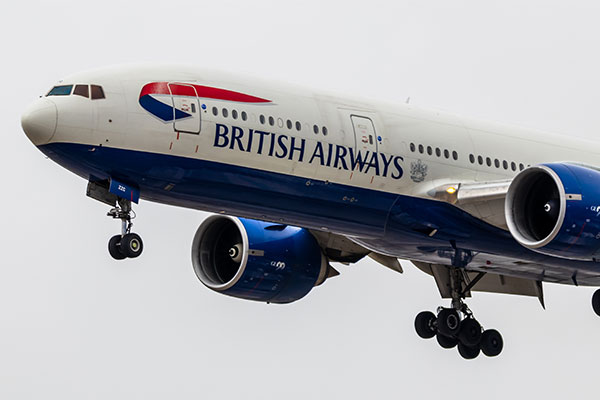 British Airways says it will operate transatlantic flights partially powered by sustainable fuels as early as next year, according to reports.

The Guardian said BA will invest in a new US plant to be built in Georgia by LanzaJet “producing commercial-scale volumes of sustainable aviation fuel (SAF), made from ethanol derived from agricultural and other waste”.

However, the report said it is likely to only provide a tiny fraction of BA’s overall fuel needs at first.

SAF can be used to substitute for up to 50% of conventional jet fuel but so far demonstration flights have blended only about 5% of the greener fuel.

BA owner, IAG, which has pledged to invest almost £300 million in SAF as part of its bid to decarbonise by 2050, said it would investigate building a refinery with LanzaTech in the UK, as well as a waste-to-fuel plant in partnership with Velocys.

The news came as the Dutch airline KLM claimed a world-first in using sustainable synthetic kerosene on a commercial flight from Amsterdam to Madrid. Shell made 500 litres – just over 5% of the flight’s overall fuel burn – synthesised from CO2 and water using renewable energy sources.

Pieter Elbers, chief executive of KLM, said: “The transition from fossil fuel to sustainable alternatives is one of the largest challenges in aviation.

“Fleet renewal contributed significantly to the reduction of CO2 emissions, but the upscaling of production and the use of sustainable aviation fuel will make the biggest difference for the current generation of aircraft.”