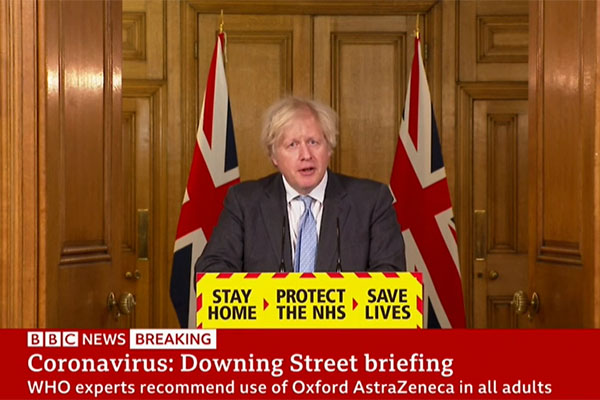 The prime minister has insisted it is “too early” to plan summer holidays for 2021, but said he would give more detail in his update on February 22.

Speaking in today’s Downing Street coronavirus briefing, Boris Johnson was twice asked to clarify whether people could plan for summer travel – rather than immediate travel.

The questions followed industry uproar after transport secretary Grant Shapps suggested this morning that it was illegal to book a holiday at the moment, with trade bodies and companies pointing out that booking future travel is not illegal.

Shapps has also previously said there will be no detail of travel’s restart in Johnson’s February 22 update.

Responding to the BBC’s Laura Kuenssberg, who asked specifically about booking summer holidays, Johnson said: “As everybody knows, it’s currently illegal to go on holiday. That’s the state of play at the moment.

“We’re looking at the data every day. On Monday we will be able to say a little bit more about where we are [with the vaccine rollout for the most vulnerable].

“In the week of February 22, we will be setting out the roadmap.”

He added: “That’s the best I can give. There’s not an awfully long delay now between now and the 22nd, but I hope we will be able to give some more clarity to people then.”

Pressed again on the issue later in the briefing by the Mirror, whose reporter pointed out the prime minister had recently said he was optimistic of summer 2021 travel, Johnson said: “I’m afraid it is just too early for people to be certain about what we will be able to do this summer and we hope to be able to say more in the week of the 22nd as more data comes in.

“I understand why people want to make plans now but we will just have to be a little more patient.”

Conservative MP, and former Brexit lead negotiator David Davis, tweeted to say he and Labour’s Lord Blunkett, the former home secretary, had both written to Johnson calling for a risk-based road map for the safe return of international travel.

At the briefing, Johnson was also asked if the government was talking to travel companies about an app that monitors vaccines and could be used to help facilitate international travel – and did not rule it out.

He said: “We are looking at all sorts of things we may wish to do in the months ahead.” And added: “You would expect us to talk to travel firms about all sorts of options.”