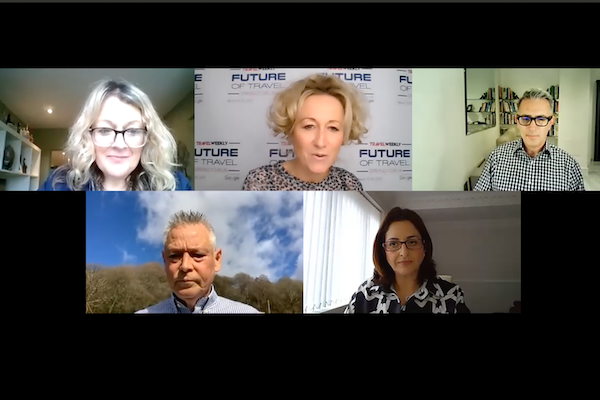 Agents and operators are urging the government’s Global Travel Taskforce to set out stable, clear and sustainable conditions for the return to international leisure travel.

According to the government’s roadmap out of lockdown, the taskforce will report on April 12, with non-essential international travel set to restart from May 17 at the earliest – though Boris Johnson has since hinted that more details could be revealed on April 5.

Transport secretary Grant Shapps is chairing the taskforce but was criticised last summer for revealing changes to travel corridors via his Twitter account.

Speaking at last week’s Travel Weekly Future of Travel Spring Forum, Miles Morgan, chairman of Miles Morgan Travel, said: “What I’m looking for, more than anything, is something that is sustainable. What I’m not looking for is what we had last year where it was the ‘Thursday night Grant Shapps roulette’, where countries came on and off on a regular basis.

“Whatever [the taskforce] brings in on April 12, I’m hoping…we don’t get these knee-jerk changes, red lists, people having to rush home – because what that did last year is absolutely kill confidence for bookings, not only in the short term, but also in the long term.

“I think it was actually more damaging than anything else.

“I’m looking for something that doesn’t have that constant churn, and builds consumer confidence up instead of having the rug pulled from under us on a Thursday evening.”

“I came away feeling…grateful that there is engagement. The industry should take some reassurance that there is a lot of representation across industry feeding into this,” she said.

“I found it quite interesting at times because you have to get your trade hat off and really think about it as a consumer.

“From an industry perspective, I was really reassured that they are listening.”

Guy Novik, chief executive at USAirtours, agreed that “consistency” is a key requirement from the taskforce’s recommendations.

“The public were just worn out with the chopping and changing of policy,” he said.

“What we would like to see is the government, as part of the taskforce, announce that if you’ve been vaccinated…then they’ll start to take away some of the other hurdles.

“We’re looking for the taskforce to show us when those obstacles will be removed.”

Debbie Goffin, sales and marketing director at Premier Holidays, said clarity about the situation with airlines and overseas destinations was important too.

“It’s everybody in the whole chain having clarity of what they’re doing and keeping things running and communicating it so we can plan programmes.”