A delegation of executives from Barrhead Travel owner, Internova, flew into London this week to mark the “critical” reopening of UK borders to US and EU nationals.

But the executive vice president of global airline relations for the group, which prior to Covid turned over $21 billion, said “it makes no sense whatsoever” that the move isn’t reciprocal.

Speaking at a reception at The Corinthia Hotel in London, Peter Vlitas, said he was “frustrated” the US hasn’t lifted the 212F executive order – imposed by ex-president Donald Trump in March 2020 – which bans Brits from travelling to the States.

He said: “It makes no sense whatsoever. It’s ridiculous that we have a policy that stops commerce.

“We all want safe travel. No-one wants to import or export the virus, but the UK is over 80% vaccinated and in the US over 70% have had their first jab, so people are ready to go. We can’t stay like this forever.” 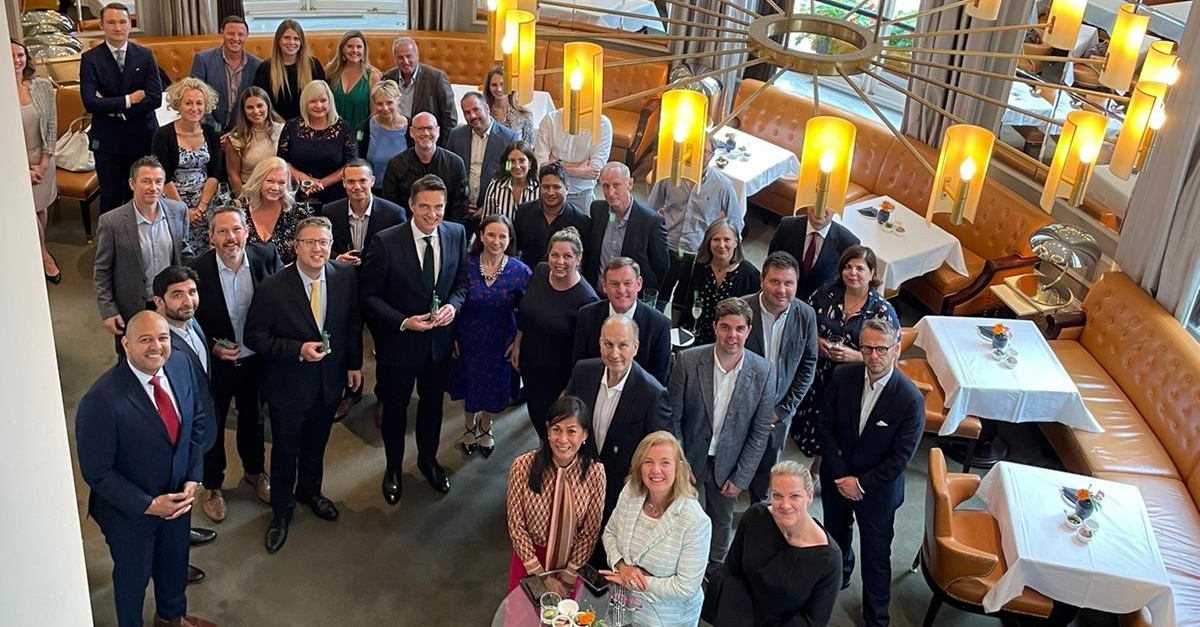 Vlitas praised them for their partnership, adding: “The airlines have done an amazing job keeping planes running and clean. How many times have you seen a story about people getting sick on planes? You haven’t because it just hasn’t happened.”

He urged health bodies on both sides of the Atlantic to work together with complete transparency.

“Now we’re coming out of this, we have to work together. The CDC and the NHS can’t keep making up these magical, mythical rules,” he said.

Vlitas argued that if the US won’t allow Brits in yet then the administration should “at least give us an exact date”.

“We need a timeline,” he stressed. “We have 65,000 agents working for us. That’s thousands of families who we have helped to survive in the US and it’s the same in Scotland with Barrhead.

“We had meetings at the outset where we said ‘what are we going to do to protect our advisors?’. Our number one concern is the thousands of people that work for us” because “one of the good things that has come out of the pandemic is the value of the human”.

Jason Oshiopekhai, managing director of The Global Travel Collection in the UK said pent-up demand to travel was huge.

“Demand is not a problem. There is profound demand out there. We’ve seen a 250% increase in bookings since it was announced last week that travelling to the UK was possible,” he said.

He described the UK Government’s decision as “a special moment” but warned: “This is the first step in terms of the UK opening its borders to US and EU nationals but let us not be fooled. We are not there yet.

“We need the US government to now allow British citizens to enter the US. That has to be the single thing to bring us back to a robust recovery.”

Scott Jordan, managing director of global sales for Delta, based in New York, added: “To have it at least half open is a very important first step because travel is coming back.

“As soon as the UK was available for sale, we saw a substantial increase in sales and we expect that to rise for the rest of 2021 and into 2022. The London-JFK route is the most critical for us.”