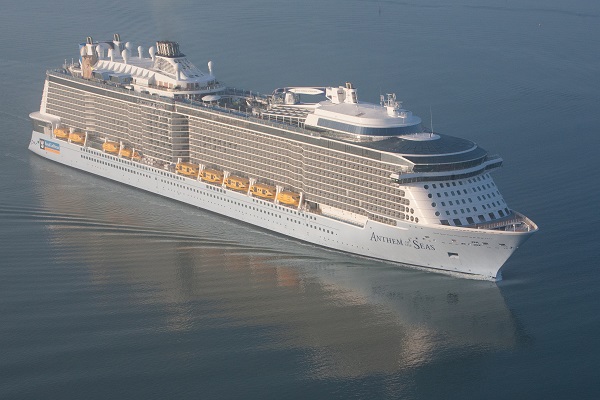 Agents say the Global Travel Taskforce report has provided “clarity” and “confidence” to the cruise sector for when international cruising might continue.

Although no restart date was given, the taskforce confirmed plans “to restart international cruises alongside the wider restart of international travel”.

The earliest possible date international cruise operations can restart is May 17. Domestic sailings have already been given the green light to begin on that date.

James Cole, Panache Cruises’ founder and managing director, believes Britons could be sailing on cruises in international waters in June or July.

He said: “At last this [report] gives us some clarity and some positive news on travel and cruising, in particular, restarting.

“It indicates that overseas cruising could restart shortly after international travel generally, so we could be looking at around June or July, which is what we want to hear as pent-up demand is building every day.”

She said: “We’ve got a long way to go. It’s helpful because cruising is no longer separate. Previously, it was not being treated as a destination or transport.

“Clia has done a really good job and has fed into the taskforce. It’s definitely managed to get cruise front of mind.

“A lot of the time when you hear people talking about [travel], you just hear about aviation.”

Martin Johnson, director and co-founder of Polar Routes, said: “The taskforce report provides a bit of certainty and the more certain we can be about things, the more likely people are to book.

“The more confidence that there is in the market the better it is for [agents].”

However, he expressed concern about the potential “chopping and changing of destinations” listed as green, amber and red on the taskforce’s traffic light system which he said would cause “uncertainty”.

“Overall, I am pleased with the report but that is my only concern,” he said. “[But] the government is always going to leave that door open.”

Phil Nuttall, owner of the Travel Village and its specialist cruise brand the Cruise Village, called on the government to reveal the green list destinations sooner to allow more time to prepare.

Grant Shapps, the transport secretary, told BBC Breakfast on Friday that the green, amber and red lists could be published in “two or three weeks”.

“You need at least a month’s notice,” Nuttall said. “To come out and say they are not going to give us any information until May is bonkers.

“When you have got cruise lines already putting ships in Israel and Cyprus, surely you can give us more information next week.”

But Nuttall stressed: “The great thing is that cruise has been included in the traffic light system and the UK cruises will give lines an advantage in preparing for international cruising.”