Q. How did you feel when you found out you had won a place on the final Cover Stars trip?
A. I was working at Thomas Cook in Bridgend at the time. As this was the final one, I gave it a go. I received the call to say I was going just as I was about to go to the cinema and I was ecstatic.

Q. Thomas Cook collapsed just weeks before the Cover Stars trip. How did that affect you?
A. Emails about the trip were coming to my company email address, which I no longer had. The group shared information with me through WhatsApp. Everyone was amazing. I was travelling to Gatwick from Port Talbot on a National Express coach and when they found out I was a former Thomas Cook staff member, they gave me the journey for free.

I didn’t know if I had a job or not until I came back. I arrived home on Friday afternoon: on Sunday I had a job with Hays Travel, and I started on the Monday.

Q. How was the Disney Dream cruise ship?
A. It was magical on board. We went for lunch at Animator’s Palate and that was really good, the food was amazing and the service was second to none. We went on a tour and checked out the top deck, kids’ club, spa and the water slide that goes around the whole of the ship.

The rooms were modern and big for families and there were so many great entertainment options including the cinema and theatre. I was particularly impressed with the kids’ club, it had a Millennium Falcon from Star Wars that children could pilot and there was a Toy Story area too.

“We went for lunch at Animator’s Palate and that was really good, the food was amazing and the service was second to none.”

Q. Which of the six parks was your favourite?
A. They were all great, but I really liked Disney’s Animal Kingdom Theme Park and Pandora – The World of Avatar. When I went on the Avatar Flight of Passage ride, it was so overwhelming, I felt teary-eyed.

At night-time in Pandora, the floor is ultraviolet and colourful, and the plants glow blue, pink and green. It was like being in the film.

Q. How was Disney’s Halloween Party?
A. Mickey’s Not So Scary Halloween Party was really good. As well as fireworks, they had a parade with characters dressed in their Halloween outfits. At midnight, the Hocus Pocus show was a great finale, we stood in front of the castle to watch it – it was like a dream.

We were all in fancy dress and I was a not-so-scary Minnie Mouse. We were handed a bag for treats on the way in – it was filled to the brim by the end of the night. 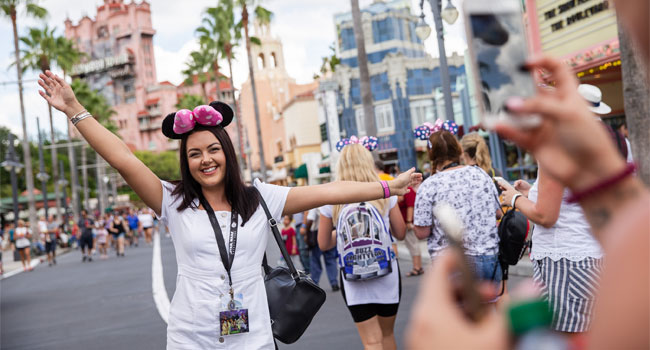 Q. What was your biggest highlight?
A. Walking into Disney’s Hollywood Studios and Star Wars: Galaxy’s Edge. The attention to detail was incredible. It was amazing just walking around the area, going into the shops and talking to the staff in character. We went into Oga’s Cantina and it’s how you envision it in the films, even down to the bubbling drinks you are served.

Q. Where did you stay?
A. At the Gran Destino Tower, part of Disney’s Coronado Springs Resort. It was new and modern and had lots of facilities. I couldn’t believe how close the on-site hotels were. As it’s new, it isn’t somewhere I’ve sold before, but now I can recommend it from experience.

“We went into Oga’s Cantina and it’s how you envision it in the films, even down to the bubbling drinks you are served.”

Q. How was your photoshoot?
A. It was on the Disney Dream cruise ship. I had my make-up done and felt really glam. We also went to Bibbidi Bobbidi Boutique and had fairy-dust sprinkled in our hair. The funniest part was having the photos taken in the atrium.

Guests started coming along and taking photos of me too! They must have thought I was famous. I was quite nervous but it was a great experience to see what it was like to have a photoshoot.

Q. Have you made any Disney sales since returning?
A. Since coming back, I want to talk about Disney to everyone. I’ve sold a Florida holiday to Disney. They wanted to stay on International Drive, but I got them to stay at Disney’s All-Star Sports Resort. They will get extra magic time and can have a food package added on. 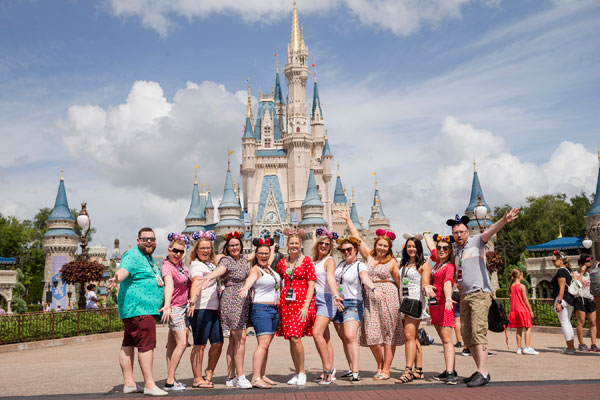 Gemma’s journey from Thomas Cook to Hays Travel (via Disney)

I started my career as an apprentice at Thomas Cook in 2011. After finishing a travel and tourism course at college, I stayed at Thomas Cook in Bridgend and worked my way up to management. I was there for more than eight years prior to the collapse, before joining Hays Travel when it took on the leases for the shops.

Hays is more like a family business – I’m not just a number. It was great to go to the conference in November, when I got to meet Irene and John (Hays). They really care about the community and staff.

Selling holidays is all I know and I love making people smile after finding them the perfect holiday. We can sell any holiday, so if you wanted a flight to Portugal and to add on a couple of nights in Majorca, we can do it all ourselves. We also don’t have any ties over who we can sell. 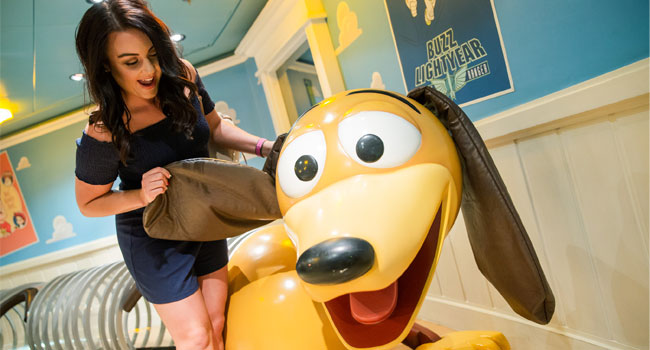