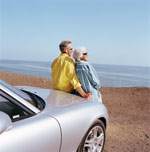 Car-rental companies, tour operators and industry bodies are putting pressure on the government of the Balearic Islands to rethink its plans to introduce a tax on car hire on the islands.

Widespread lobbying has already persuaded the government to postpone the implementation of the tax until at least October, but it has not agreed to scrap it altogether.

Critics fear the tax will have a direct impact on tourism to the islands – Majorca, Minorca, Ibiza and Formentera – as the cost will ultimately be passed on to the holidaymaker.

They say it will have the same negative effects as the controversial ‘ecotax’, which the Balearics imposed in 2002 and scrapped the following year.

Tourists were charged €1 per night in addition to their hotel bill – a move met with huge opposition from both local hoteliers and operators in the UK and Germany.

If it goes ahead, the proposed car-hire tax will impose a daily rate between €4.50 and €5 on rented cars and motorcycles, and between €0.02 and €0.03 per kilometre travelled, depending on the size of the vehicle.

The government claims the tax will help put €12.5 million a year towards a regional health budget deficit estimated at €200 million, according to the local English-language newspaper, the Majorca Daily Bulletin.

Balearics regional economy minister, Luis Ramis de Ayreflor, said one of the key aims of the scheme would be to “regulate the sector and put an end to illegal competition”.

The tax is an attempt to close a loophole whereby people are avoiding paying VAT on cars that are imported for re-sale by bringing them in under the guise of being rental cars.

Andy Cooper, director-general of the Federation of Tour Operators, said: “What people are doing is bringing the cars in and hiring them out for a short while before selling them on. That way they can bring them in without paying VAT.

“However, this proposed tax will not penalise the car-hire companies involved. It will pass the cost on to their customers.”

Hugh Morgan, overseas purchasing and operations director for Cosmos, agreed. “They tried this with the ecotax and everyone told them they were mad. Why bite the hand that feeds them?”

ABTA has been among the organisations lobbying the Balearics authorities to rethink the proposals.

“The Balearics are no longer regarded as a value destination,” said a spokesman. “They will definitely lose business if this goes ahead.”

Majorca Daily Bulletin chief reporter Humphrey Carter said the Balearics tourism industry is anxious about the impact it will have on visitor numbers.

“Although visitor arrival numbers for 2005 were on a par with the previous year, spending figures were down,” he said. “Obviously anything that’s going to further dent people’s wallets isn’t going to help. Who knows what will happen? It’s all hanging in the balance.”

The issue has been swept under the carpet for now, but the UK travel industry is determined to keep up the pressure to persuade the government to throw out plans altogether.

The FTO’s Cooper said: “When we met with officials at World Travel Market in November, they reassured us the tax was being reviewed, but in the meantime we will keep campaigning.”  Watch this space.