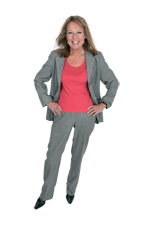 Irish homing pigeons have flown my way to let me know that while the Barbados Tourism Authority, represented by director Petra Roach, was receiving a Travel Weekly Globe Award in London, another award was being collected on behalf of the same company across the water in Dublin.

BTA’s sales manager Nan Short was in attendance at the Southern Ireland Travel Awards and was thrilled at the achievement. And, of course, the only way to celebrate a double whammy is with a Caribbean rum punch knowing Nan of old, I can testify to her skills in that department.

Nan tells me the evening was wonderful – lots of good people, good food and compliments flying around. One chap even approached Nan to say he was honoured to meet her as he’d heard so much about her. Nan smiled coyly, but blushed as he went on to say he’d been at a dinner where Nan featured in the after-dinner speaker’s speech.

“Oh yes,” he said, “we all laughed at the incident he related.”

Nan panicked. What incident could he be referring to? A catalogue of inappropriate behaviour sprang to mind.

It turned out the episode he was talking about occurred when Nan took some travel agents on an educational to Barbados. British Airways managed to misplace their baggage so half the agents were left with the clothes they stood up in.

But we’re a hardy lot, us agents, and, undaunted, the group arrived at the hotel for a dinner preceded by cocktails.

All eyes lit up as a waitress glided towards them with a tray of piña coladas, margaritas, rum punch and other alcoholic delights.

However, the poor girl, momentarily distracted, tripped and the tray and its contents went flying over all the agents who had nothing to change into. Pieces of pineapple, chunks of orange and other fruit were being picked out of bras for hours afterwards, and I daren’t tell you where the cocktail sticks ended up. But it did serve to bond the group in an instant with the party christening Nan ‘Nutmeg Nan, Queen of the Caribbean Cocktails’.

This job can drive one to distraction. Just as you solve one problem, another arises.

Maggie, at adventure holiday company Windows on the Wild, thought she’d found the answer to a rather weighty crisis that had arisen for a large passenger flying to Toronto.

Air Canada had found two seats together on the Heathrow and Toronto flight, which was perfect as the gentleman couldn’t fit into one. But the client intended to fly to Heathrow from Manchester and there were no two seats together.

The client isn’t travelling until March, so, as Maggie says, he either has to shed some weight or he’ll have to buy himself two seats on the train.

What’s in a name?

I’ll never understand the cavalier approach of our clients when asked for their names ‘as they appear on your passport’.

Rick’s client gave her name as Gwen. Later, she phoned to say that her name was Gwendoline (after the girl in The Importance of Being Earnest – a play about false names and identities – how ironic).

Rick explained the ticket would have to be changed.

“Why?” she asked. “Surely everybody knows Gwen is short for Gwendoline.”

Getting the name wrong had a bruising effect on the relationship of one couple recently.

An operator told me she had gone through the usual ‘as it appears on your passport’ routine with the boyfriend booking a trip for himself and his girlfriend. She read back the names as he’d spelt them and he confirmed they were correct.

Upon receiving his confirmation however, he phoned to say that he’d misspelt his girlfriend’s name and, as a result, she’d dumped him and he’d now be travelling on his own.

The booking was changed and, just as the new invoice was due to be sent out, an e-mail arrived from the bloke in question saying ‘the aforementioned Miss ***** would now be travelling after all’.

It appeared they’d made up. A case of ‘name that goon’, I think!