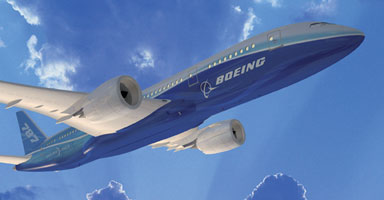 How does the Government propose to replace Air Passenger Duty?
Will the tax cost more than APD?
Will the money raised be spent on the environment?
What is the aim of the tax?
Will the tax be levied in addition to the costs of emissions trading?
When will we know more?

How does the Government propose to replace Air Passenger Duty?

The change announced in the Pre-Budget Report last week will scrap APD from November 2009 and replace it with a tax related to carbon dioxide emissions.

The tax will be on aircraft and not per passenger as now. It is likely to be based on the type and age of aircraft and the length of a route. Together these give a good idea of the amount of fuel a flight will consume and the emissions it produces.

Older aircraft use more fuel and are therefore more polluting, so should be harder hit, as will longer flights – meaning a service to Sydney or Hong Kong aboard a 15 or 20-year-old aircraft may incur significantly higher tax than one to Marrakesh on a new aircraft.

The tax will apply to transfer passengers – which APD does not – and should also apply to cargo flights and business jets which are currently excluded from APD. However, the Treasury says it “will not pre-judge” whether the tax applies to cargo and private flights.

Will the tax cost more than APD?

Yes, the Treasury wants the tax to raise an extra £520 million in its first year. APD raises £2 billion a year, up from £1 billion since the doubling of rates in February. So the total bill will rise about 25%, although a likely annual inflation rate of about 3% will mitigate some of the increase.

That does not mean a 25% increase in the tax on every flight. The tax on shorter flights, particularly on new aircraft, should fall. It is the tax on longer flights and ageing aircraft that will rise.

How much each passenger pays will depend on how full flights are (the load factor). If an airline typically flies a route with 66% of seats sold, each passenger will pay half as much again as passengers on a carrier that flies full.

Will the money raised be spent on the environment?

No. It will go into the general Treasury pot like APD. The Federation of Tour Operators and the airlines will lobby hard for the tax to be hypothecated – meaning the funds are dedicated to specific uses – and devoted to the environment. But the Treasury ruled this out last week.

What is the aim of the tax?

The intention is to raise money and change behaviour. The industry will complain on both counts, but the Pre-Budget Report was explicit, re-stating Whitehall’s belief in “encouraging long-term behavioural change through tax”.

Will the tax be levied in addition to the costs of emissions trading?

Yes. The industry won’t like it and British Airways has already called for the tax to be revoked when airlines join the European emissions trading scheme in 2011.

This will force airlines to buy carbon credits for emissions on an open market if they exceed an agreed allowance. However, the Treasury said last week: “We need to see how emissions trading works in practice.”

If the Government gets its way, emissions trading could also prove more costly than the airlines anticipate. The Pre-Budget Report revealed the UK is lobbying for a “significant increase” in the proportion of carbon credits subject to auction rather than being simply awarded to carriers.

When will we know more?

Airlines and industry bodies will put their points of view to the Treasury this autumn, as will environmental groups. Proposals will be published in the spring and go out to a three-month consultation. But don’t expect much to change when the final details appear next October in the 2008 Pre-Budget Report.