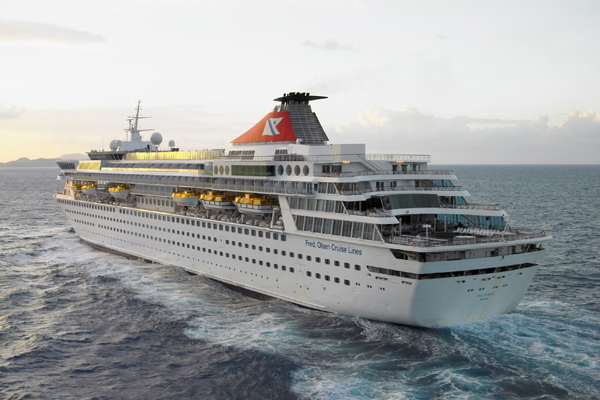 This represents a rise of more than 5% over the same peak sales period last year.

The line generating more than £1 million of cruise revenue in a single day, on January 9, for the second year in succession.

The increase in sales comes as the Fred Olsen offers a range of incentives in its turn of year campaign including no single supplements and upgrades to free all inclusive drinks packages.

Head of sales Neil Herbert said: “We are delighted to be celebrating another £1-million-sales day, for the second year in a row, as part of our turn of year sales campaign.

“The first time that we achieved this – aside from on our new cruise season launch – was last year, on Tuesday 19th January 2016, so this phenomenal figure has been reached even earlier this year.

“Whilst we already have a very high guest repeat rate – with over 60% of Fred Olsen cruisers returning time and time again – we are also attracting a significant number of customers who are ‘new-to-cruise’, or ‘new-to-Fred Olsen’, who are keen to enjoy a holiday experience on a smaller, more intimate ship, with a relaxed and friendly atmosphere.”

Fred Olsen is to release its 2018-19 cruise programme in March.