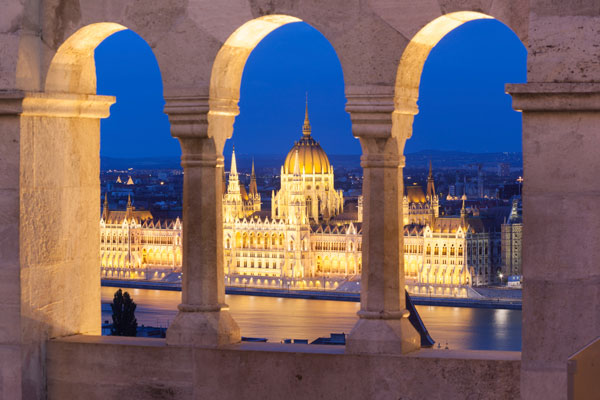 Hollie-Rae Brader waltzes along the Danube to see why it’s such a top seller for river first-timers.

If the Med is the holy grail of ocean cruising, then the Danube is certainly the jewel in the crown for the ever-growing river sector.

It’s not hard to see why, considering it weaves and winds through 10 European countries and brings guests close to some of Europe’s most important cultural landmarks from the literary and artistic worlds.

This mighty river starts in Germany’s Black Forest, flowing through central and eastern Europe to the Black Sea, with most itineraries ranging in length from seven to 14 nights.

Thanks to the variety of Danube sailings, it’s a popular choice for first-time cruisers, and therefore also a great starting point for agents just getting into the river cruise sector.

The most recent figures from Clia show that while the Rhine (plus the Moselle and tributaries) was the most popular river cruise destination for the UK market in 2015, the Danube saw the largest growth. The number of Britons booking a Danube cruise rose by 38% in 2015 compared with 2014.

A key draw of a Danube cruise is being able to tick off several cities on the bucket list, with the chance to visit Budapest, Vienna, Salzburg, Passau and Bratislava on most sailings, and these were certainly among the highlights of my jaunt on the waterway with Viking River Cruises. 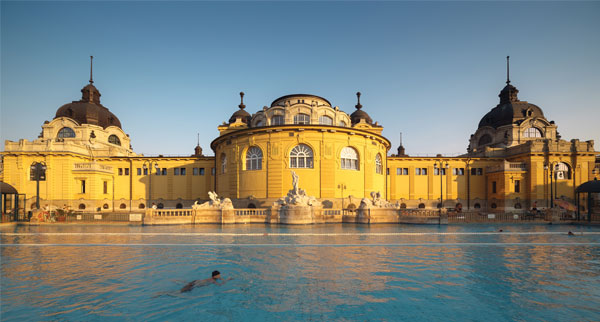 Heart of the action

The itinerary mentioned joining the ship in Budapest but it didn’t mean just anywhere in the Hungarian capital. I boarded the ship in the heart of the city, with Buda Castle across the water and the parliament building just a hop, skip and jump away.

Most itineraries include an overnight stop in Budapest, and it’s warranted because it would be near impossible to cram all of this city’s wonders into one day. It really is a cultural and architectural gem, but that’s a given for a city often called the Pearl of the Danube.

I was on board Viking Prestige, the line’s last new ship before it created the newer Longship series, which now serve this route. So it may not have been the most modern ship in the fleet, but it was homely and comfortable, and the guests, who were mainly American, loved it.

I spent most of my time in the lounge area, where the bar staff were among the most attentive on the waterways, but could also be found on the sun deck catching some rays or enjoying a bite to eat. 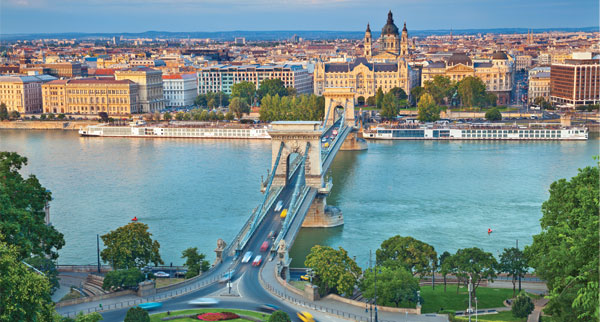 First-timers in Budapest should head out on the included city tour, which takes in both Buda and Pest, with visits to Fisherman’s Hill, Fisherman’s Bastion and Matthias Church. Other optional excursions come at a cost but include visits to thermal baths and Dohany Street Synagogue, the largest synagogue in Europe and the second-largest in the world.

The perk of a river cruise is being so close to the key sights, so advise guests who feel confident exploring alone to do just that. I headed off on foot along both sides of the river, visiting all the aforementioned sites, as well as the beauties of St Stephen’s Basilica, Great Market Hall, Buda Castle and Margaret Island, which lies in the middle of the river and is a popular hang‑out for locals in the summer. Advise guests to stroll along the riverbanks at night when the city bridges are lit up, looking out in particular for Szechenyi Lanchid (Chain Bridge) and Margit Híd (Margaret Bridge).

We set sail from Budapest after dark, and all 190 of the guests on board headed up to the top deck to get the best view of the city – from the water. The twinkling lights from both Buda and Pest are magical, and this part of the sailing is one of the highlights. 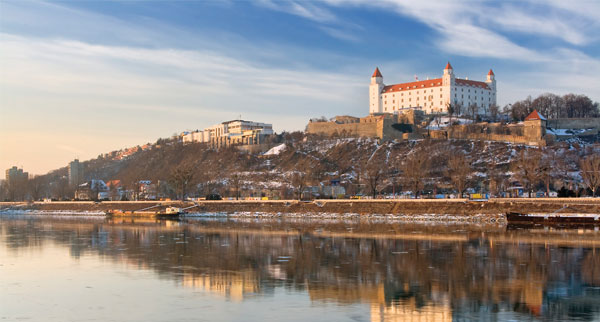 Our next stop was the Slovakian capital of Bratislava. It may be only two hours by road from Budapest, but the languid pace of life on the river meant our journey was more than 12 hours.

For guests, that meant a lie in and breakfast in bed, followed by an apple strudel-making session. It just so happens that strudel is my favourite dessert, so I was in my element. Unfortunately, it seems I may have spent too much time eating the ingredients and not enough time learning the steps, as my attempts to replicate the recipe at home could be enough to put me off this oh-so-delicious traditional Hungarian dessert.

With a belly full of apple strudel and a smile on my face, we docked in Bratislava and I opted to walk around the city to burn off the calories.

I’d known, of course, to expect great things in Budapest and Vienna, but Bratislava was the surprising gem of the itinerary. This quaint capital is easy to navigate. The old city is filled with baroque architecture, stunning churches and restaurant-filled squares. A trip 279 feet above the Danube to enjoy the views from Bratislava Castle was well worth the short hike.

Next came Vienna, one-time home to the likes of Mozart, Beethoven and Sigmund Freud, and the city’s majestic architecture does full justice to the musical and cultural legacy of its former residents. The grandeur and decadence of the aptly named City of Music is impossible to miss, with palaces, opera houses and theatres galore.

Recommend clients visit St Stephen’s Cathedral, known locally as Stephansdom, where you can climb to the top and catch a panoramic glimpse of the city. It was the perfect end to my Danube waltz.

Book it: Viking River Cruises offers an eight-day Romantic Danube itinerary from £1,545 including flights, starting in Budapest and sailing via Vienna and Krems in Austria, and Passau, and Nuremberg in Germany.  The trip includes six shore excursions, all meals, and wine and beer with lunch and dinner.
vikingrivercruises.co.uk