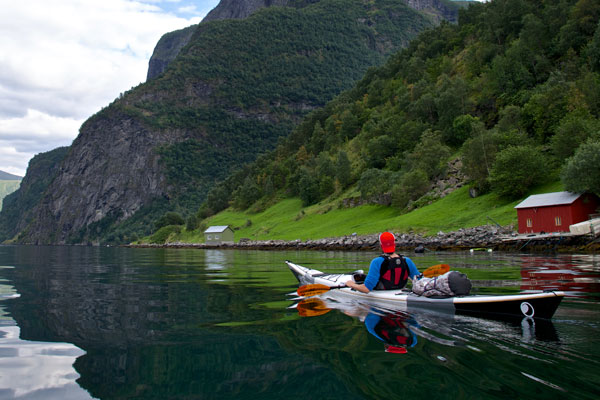 The shore excursions market is shifting, so don’t get left behind, writes Jane Archer.

There are two things you can do when losing business to a competitor. The first option is to slash prices, although that can be counter-productive as it leads to a race to the bottom and lower returns for all. The other is to introduce new products that your clients will find irresistible.

It’s the latter tactic that has been adopted by cruise lines after seeing specialist tour companies such as Cruising Excursions and the now-defunct Tripashore whittle away at their lucrative shore excursion sales by undercutting prices and offering alternatives to big group tours.

The failure of Tripashore earlier this month proves this is no easy sector to tackle, but its legacy could still live on in prompting a shake-up of an established marketplace, and forcing cruise lines to change their game.

It is no secret that cruise lines’ tours are expensive – even passengers know it, according to research previously carried out by Tripashore. Many of those it surveyed – 40% of whom were regular cruisers – called prices a ‘rip-off’ and said tours were boring, citing big groups, too much waiting around and unwanted shopping stops among pet hates. As a result, many said they shunned cruise lines’ tours and either went ashore alone or looked online for cheaper and more exciting alternatives.

Given that industry insiders estimate that excursions account for about a third of the cruise lines’ onboard revenue, it is not surprising they want to regain control by making tours more exclusive, more difficult for rivals to replicate and even making them more expensive.

Holland America Line is looking to take ownership of passengers’ trips ashore with a new initiative called Explorations Central, or EXC, that provides guides, talks and maps that will immerse them in the destinations they are visiting and make it a natural next step to buy the company’s excursions. EXC launches on Westerdam in April and across the fleet in 2018.

Princess Cruises has a new price promise that will give passengers 110% of the difference if they find the same shore excursion at a lower price. 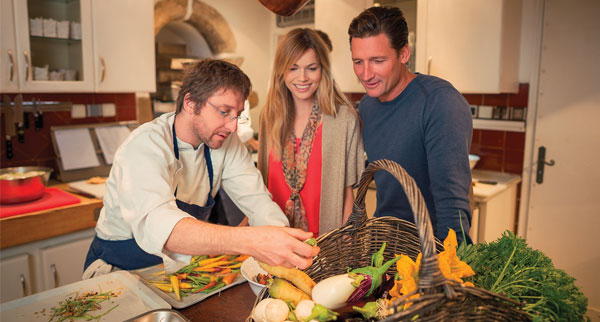 Shop with the chef

One of the favourite excursions that only cruise lines can offer is a market tour with a chef from the ship – a trip that has become so ubiquitous that several companies have expanded the concept to add more foodie appeal.

Celebrity Cruises, for instance, has new Chef’s Market Discoveries that take passengers on a shopping trip to markets, docks and farms. Some of the trips include a cooking demonstration ashore, others a chance to taste local specialities. All include a chef-hosted private dinner prepared using the produce purchased ashore.

A four-and-a-half-hour tour in Cartagena in Spain includes a chef-led shopping trip to the market and a lesson in how to cook paella. Back on board, guests have a private galley tour followed by dinner. From $249.

Regent Seven Seas Cruises includes most shore excursions in its fares, but it has created a selection of Gourmet Explorer tours on Seven Seas Explorer that cost extra and include cookery demonstrations, a visit to a market and wine-tasting.

On offer this winter, a four-and-a-half-hour tour in Tortola, with the chef instructor from the Culinary Arts Kitchen, includes a visit to Good Moon Farm to learn about local fruits and vegetables, and lunch. From £78.

Passengers booking Oceania Cruises’ shop-with-the-chef tour in Malaga – an excursion limited to 20 people – are given a shopping list and Euros to buy ingredients in the market for a tapas cooking class back on their ship. Price is £112 for a four-and-a-half-hour tour.

For something a bit different, Princess Cruises has a new six-hour Hunting for Halibut fishing excursion in Ketchikan, Alaska, where passengers can bring their catch back on board for the chef to cook for them. From $370, plus $25 for a fishing licence. 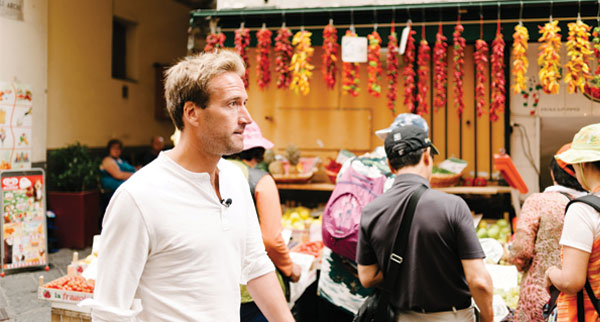 It’s not all about food. Royal Caribbean International has a new concierge service that will tailor-make smaller group tours, but is not a cheap alternative. One example was a five-and-a-half-hour trip to a glassworks near Oslo followed by a tour of the Viking Ship Museum that costs $1,980 for a group of six, or $330 per person.

For those seeking something more adventurous, Celebrity Cruises is touting action-packed tours created in partnership with TV presenter Ben Fogle. Options include high-speed boat rides in the Stockholm archipelago ($220 for two hours), hiking in Kotor ($50 for two-and-a-half hours) and swimming, cycling and kayaking in Croatia ($289 for six hours).

To coincide with Celebrity’s new cruises from Abu Dhabi this winter, a five-and-a-half-hour excursion priced from $349 combines 4×4 jeep and camel rides, sandboarding and an Arabian dinner under the stars.

Seabourn has new Ventures tours that include kayaking in Aurlandsfjord in Norway, Zodiac cruises around Staffa and Fingals Cave in Scotland, and a hike to Norway’s Pulpit Rock. Prices are $159, $169 and $249 respectively.

Costa Cruises has a new one-day excursion from St Petersburg to Moscow by train. Passengers will have breakfast on the four-hour journey to Moscow, dinner on the train coming back to St Petersburg, and see the Kremlin, St Basil’s Cathedral and Red Square in between. The cost is €449 per person.

In the past cruise lines had a monopoly on shore excursions sales because it was a hassle for passengers to organise alternatives, but with the internet and other players on the scene, that’s no longer the case.

Cruising Excursions’ tours tend to mirror those offered by cruise lines (including new small-group tours), but the company says they are up to 60% cheaper. As an example, it charges from £39 for an eight-and-a-half-hour Rome on your own tour, while the same trip with Princess Cruises for eight hours costs from $70 (£56).

Of the cruise lines, only MSC Cruises pays agents commission for selling excursions, at a rate of 5%.

They guarantee to get customers back to the ship by the all-aboard time – an important pledge as many people stick with cruise lines’ tours because they know their ship must wait if the excursion is delayed getting back to port. 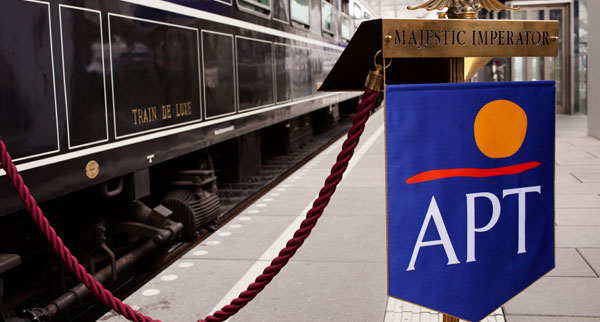 Clients concerned about the additional cost of excursions can always plump for a cruise line that includes tours in the price. Options include Voyages to Antiquity and Viking Ocean Cruises. Mostly there is one free tour per port, but others available for an extra charge, though Regent offers a comprehensive choice of excursions at each port.

River cruise lines including tWaterways, Uniworld, Tauck, Crystal Cruises and Viking also include tours, and usually a choice of excursions, each day.

APT offers a selection of complimentary tours. Those on its 15-day Magnificent Europe cruise between Amsterdam and Budapest are invited to a banquet at Namedy Castle, home to Princess Heide von Hohenzollern, and a private rail journey on the Majestic Imperator train from Passau, Gemany, to Linz in Austria.