There are changes afoot on the north coast of the Dominican Republic. Puerto Plata might have been playing second fiddle to glitzy sister Punta Cana, on the east coast, in recent decades but, following a programme of preening, the resort is ready to not only hold her own but to strut her stuff.

And what a polished package awaits visitors. In addition to the usual restaurants, bars and duty-free stores, Puerto Plata boasts a new $85 million cruise port, Amber Cove, with a double-rider zip line that allows friends to glide from hilltop to beach side by side, and Aqua Zone, an expanse of inter-connecting swimming pools.

The resort itself recently spruced up its cable car. State-of-the-art carriages take visitors to the cloud-dusted peak of Mount Isabel, where they can enjoy views of the headland alongside a statue of Christ that’s the spitting image of the one in Rio de Janeiro. 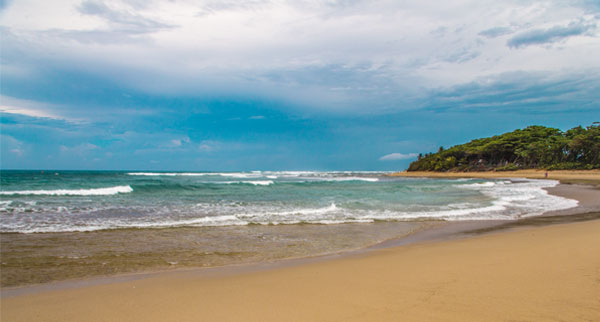 The most recent feather in Puerto Plata’s cap is its 4,000- seat amphitheatre, which opened last July. Enjoying sea views and set in the grounds of the 16th-century Fort San Felipe, clients will be able to enjoy music, theatre and dance events there.

The old town, a delightful mix of Victorian and colonial buildings, and the leafy Malecón (oceanfront promenade) are also being restored, giving the centre of the resort an air of sophistication. Get a flavour for it with a City Tour and Cable Car excursion, priced from £40 for adults and £20 for children with Do Something Different.

With such a buzz about the place, it’s no wonder celebrity chefs are flocking here. At Mares, Rafael Vasquez Heinsen innovatively combines ingredients such as foie gras and plantain, which diners enjoy in a courtyard garden by the pool, serenaded by cicadas.

The Dom Rep is probably best known for its all-inclusive product, which has helped make the Caribbean accessible to those looking for maximum bang for minimum buck. But high-end boutique hotels are popping up along Puerto Plata’s coastline, offering room-only in secluded and exclusive settings.

Contemporary with a classical design, Casa Colonial Beach
& Spa predates the trend.  A swish seafront palace fashioned from marble and coral stone, it lies in a quiet corner of the Playa Dorada Resort area. The 50 spacious rooms, with high ceilings and dark-wood furnishings, are set back from the beach in tropical gardens that are home to a tranquil lily pond. 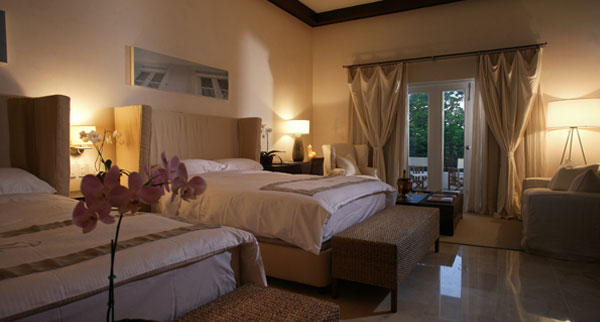 To the east, the Gansevoort Playa Imbert had its grand opening in December. The hotel group, which is known for establishments in New York City, the Turks and Caicos Islands, and previously Miami, has created an uber‑cool space at the ocean’s edge with a sleek rectangular pool running almost the length of the property.

There are plenty of comfy cabanas around the grounds and on the hotel’s beach, and at sunset, a DJ plays lounge music at the al fresco bar, where guests can watch the sun dip behind Mount Isabel. The two restaurants, Japanese-Peruvian and Mediterranean-international, offer exceptional food, while the L’Occitane spa is equally noteworthy for its therapists, handpicked from all corners of the globe.

The Gansevoort has 48 units consisting of one to three-bedroom suites and four-bedroom penthouses. It’s a tough property to tear yourself away from, and by offering 10% commission on direct agent bookings, it’ll help boost your commission as well as enhancing your clients’ experience. 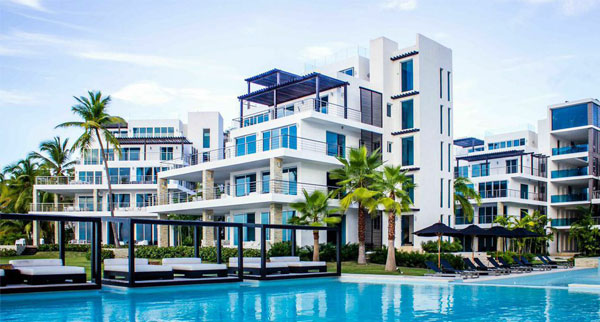 It’s also only a 10-minute drive from Puerto Plata’s Gregorio Luperón International Airport, which is served by Thomson Airways. The hotel’s concierge can arrange private jet or helicopter transfers for clients arriving on British Airways flights into Punta Cana.

For those who prefer to commune with nature, there’s the Amanera, which opened at the end of 2015. It has just 23 casitas with their own garden area, and 13 with pools. The Aman group’s first venture in the Dom Rep, and only its second in the Caribbean (the Turks and Caicos Islands was the first), this sublime clifftop establishment is set in 800 hectares of unblemished tropical landscape. It also edges one of the best, if not the best, beaches in the region, the hypnotically beautiful Playa Grande.

If that name sounds familiar, you may be thinking of the Playa Grande Golf Course. This 18-hole stunner, originally crafted by Robert Trent Jones Sr, was recently renovated by his son Rees Jones, and boasts 10 beautiful holes right beside the ocean.

What to watch out for

Where these boutique properties lead, others are said to be thinking to follow. There are whispers among the locals that a Viceroy could be the next luxury name to land on the north coast.

The five-star properties already here have plenty of unique selling points, but the Dom Rep itself has even more. On the Samaná Peninsula to the east, for example, you can sign up for a once-in-a-lifetime experience. Between December and April, humpback whales gather in their droves off shore to mate and calve, with boat trips carrying visitors out to witness this mesmerising gathering.

History buffs could find their jaws just as likely to drop in awe of the Zona Colonial in the Dom Rep’s capital, Santo Domingo. The cathedral and houses, with their stately stone facades and wrought-iron balconies, around the Plaza Espana have been painstakingly restored to their 16th-century glory, and to stroll among them is to step back in time. Santo Domingo was the first city to be built by Europeans in the New World and is now a Unesco World Heritage Centre. 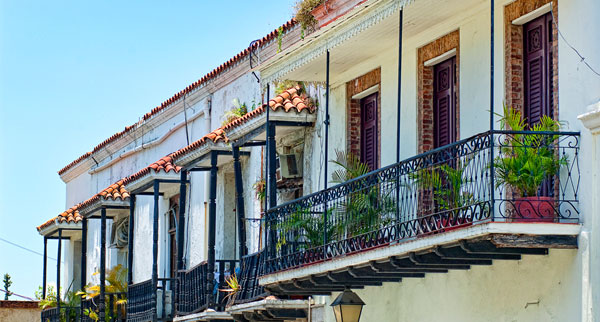 On the doorstep of Puerto Plata is another must-see, the 27-tier Damajagua Waterfalls. The perfect excursion for adrenaline junkies, daredevils don a helmet and lifejacket, scale their way up the falls, and then slide, jump and swim back down. For those who prefer a steadier pace, there nature trails lead to the lower cascades.

And if all that doesn’t prove to you that the Dom Rep’s got talent, head for the Bravissimo Show. This extravaganza of dance involves athletic performers wearing killer heels, feathers, sequins, headdresses and very little else, getting spun around by their male counterparts to exotic beats. After watching them, Puerto Plata could win almost anyone’s vote.

During the first quarter of 2016, there was a 9% rise in the number of tourists visiting Puerto Plata.

The annual Puerto Plata Marketplace was held at the Iberostar Costa Dorada Hotel in October. It brought together agents, operators, hoteliers and ground-handlers,   showcasing the area’s attractions, geography, culture and investment plans. To sign up for this year’s event, visit feriapuertoplata.com

ITC Luxury Travel offers seven nights’ room-only in a casita at the Amanera, from £7,999, based on two sharing, for travel between February 24 and March 31. The price includes business-class flights via New York on United Airlines, VIP private transfers in New York, two nights at The Carlyle, A Rosewood Hotel, and private transfers in the Dom Rep.
itcluxurytravel.co.uk

Casa Colonial is a Small Luxury Hotel with a lead-in rate of $316 per night for a junior suite, including breakfast. Agents booking with SLH receive commission ranging from 10% to 20%, plus opportunities to earn points, rewards and industry rates of 50% off the best rate by signing up to the Small Luxury Heroes programme.
slh.com/travel-agents

Thomson Airways offers customers the chance to spend a week in Puerto Plata this summer, with flights from Manchester on a Sunday and Gatwick on a Saturday. Flights from Gatwick start at £809 on March 4, with Manchester departures from £619 on February 26, including taxes.
thomson.co.uk