What’s coming up in the Caribbean in 2017? Katie McGonagle finds out.

There’s never a bad time to be in the Caribbean, right? Unless visitors arrive to find it’s the middle of hurricane season. Or that the cricket tournament they wanted to see finished last week. Or they’ve paid peak prices to be there during carnival when all they really wanted was a bit of peace.

They’re still sure to have a good time – this is the Caribbean, after all – but with some forward planning, they could have an amazing time that will leave them eager for more, and a cert to come back to you for their next adventure.

The Caribbean is home to a host of fun festivals – not just the parties and parades for which it’s famous, but also the foodie fests and sporting events that take place year-round. And even if that’s not enough to tempt travellers across the Atlantic, there are plenty of other reasons to time a visit to suit the season.

To give you a head start, check out our month-by-month guide looking at when to go where in the Caribbean to see these islands at their best. 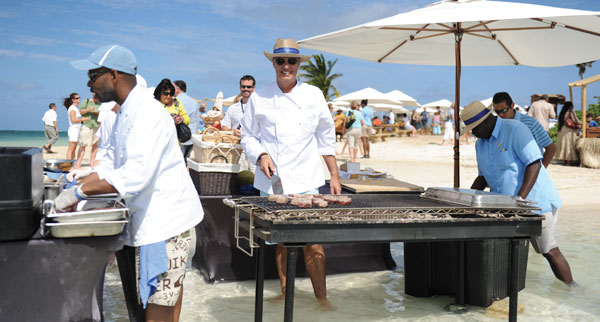 While it’s peaks for the UK travel trade, it’s also peak season for the Caribbean, as Brits seek winter sun and a post-Christmas boost. It’s actually a relatively cool time for the Caribbean, with temperatures in the comfortable mid-20s and low-30s, but it’s still plenty warm enough to kick back on the beach with a rum punch in hand, especially if you opt for islands such as Jamaica, Saint Lucia or Trinidad and Tobago.

If clients fancy more than a quick cocktail to whet the appetite, there’s the annual Cayman Cookout – this year’s was January 12-15 on Grand Cayman – with foodie tours, tastings and demonstrations by world-class chefs, plus a chance for amateur cooks to have a go. It’s followed by Taste of Cayman at the end of the month, when restaurants and bars across the islands put Caymanian flavours centre stage. 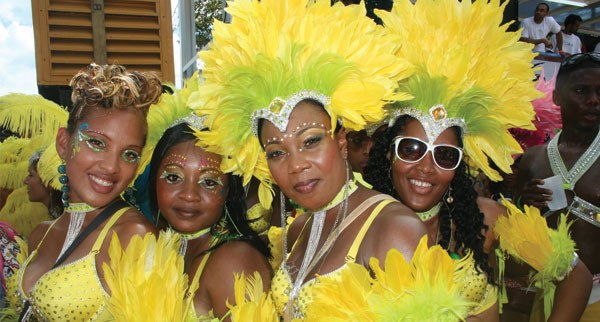 This month means only one thing in the Caribbean: carnival time! While some islands celebrate at other times of the year, February’s festivities coincide with Mardi Gras in New Orleans and Rio Carnival in Brazil, with preparations starting months beforehand.

This month means only one thing in the Caribbean: carnival time!

The streets of Trinidad and Tobago are overtaken with revellers enjoying weeks of fetes – parties and contests for everything from best soca singer to best steel pan ensemble – culminating in an all-out parade through capital Port of Spain on February 27 and 28, when ‘bands’ dressed in different costumes compete for the crown.

On the same dates, Dominica holds ‘Mas Dominik’ or ‘The Real Mas’, also with a host of pre-parade parties ending in a street celebration to the sounds of calypso and bouyon music. Meanwhile Grenada’s Carriacou Carnival is the only one to include a ‘Shakespeare Mas’, where locals battle against each other in a recitation of the Bard. 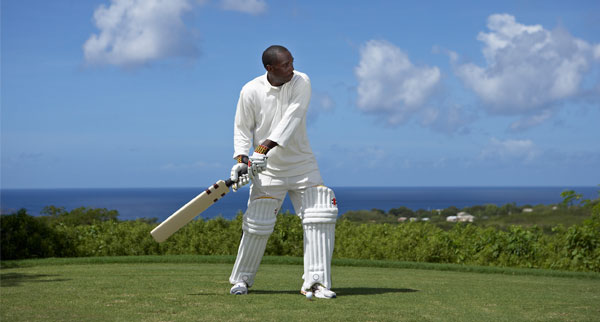 Anyone who’s spent February embracing Caribbean carnivals might need a lie-down come March – and with Sandals opening another 12 over-the‑water bungalows at Sandals Royal Caribbean in Montego Bay this month, they could do just that – but there’s plenty for fresh-faced holidaymakers who’ve only just arrived too.

Cricket fans can plan a twin-centre to Antigua and Barbados, where the West Indies face up to England in three one-day internationals at the Sir Vivian Richards Stadium in North Sound, Antigua, on March 3 and 5, and Kensington Oval in Bridgetown, Barbados, on March 9.

There’s activity on the water too, as locals and tourists take on the annual Nevis to St Kitts open-water swim on March 26. It might be 2.5 miles, but with clear, 25C waters and sea turtles for company, it won’t feel it – plus there’s a cash prize for the one who can out-swim the rest.

Over in the British Virgin Islands, March 27 marks the start of the BVI Spring Regatta & Sailing Festival, where fans can watch three days of racing while non-sailors enjoy live music, dancing and beach barbecues. 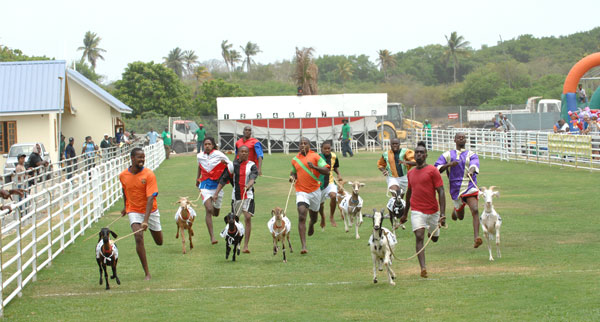 As Easter arrives, so too does Jamaica’s Bacchanal Carnival, now in its 16th year and ready to take over Kingston and Saint Ann, with Beach Jouvert on April 15, Bacchanal Jouvert on April 21 and the big Road March two days later.

For a look at the Caribbean’s quirkier side, give Tobago’s Buccoo Goat and Crab Race a try

If clients would rather detox than retox, this is also when Saint Lucian hotel The BodyHoliday begins regular themed months focusing on fitness and yoga. Two week-long WellFit Retreats start from April 16 under the expert tutelage of four-time Olympic athlete Donna Fraser.

For a look at the Caribbean’s quirkier side, give Tobago’s Buccoo Goat and Crab Race a try, on April 18. It’s been an island institution since 1925, whether you fancy a flutter or just a lighthearted day out. 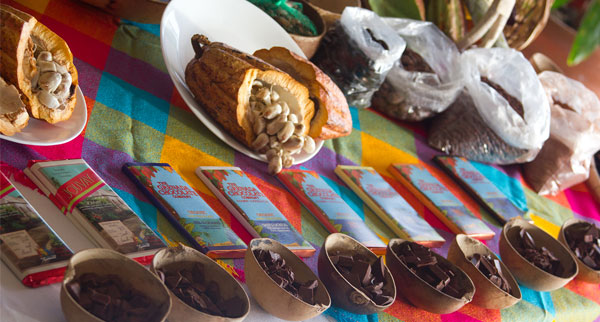 There’ll be music, sweet music in Grenada, with the three-day Pure Grenada Music Festival starting on May 5 in capital St George’s – which last year was headlined by Joss Stone – followed by the third Grenada Chocolate Fest starting on May 12. Celebrating all that’s great about the sweet stuff, this is a chance to get involved with harvesting, ‘walking the beans’, cooking with cocoa and of course having a taste, joining the locals for the inside track on how the island’s famous export is produced. Funway recommends staying at the True Blue Bay Boutique Resort, which hosts events and gets guests straight to the heart of the festivities. 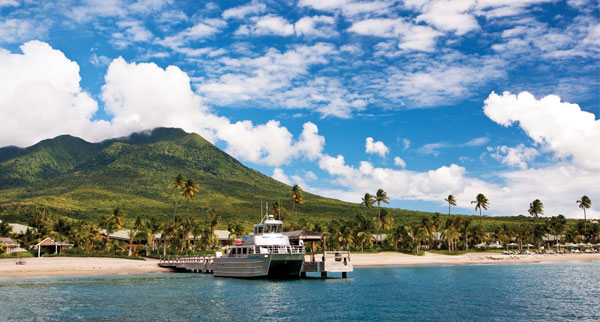 If clients are going to hit the Caribbean in summer, earlier is better. The rainy season is already under way, but those little bursts of ‘liquid sunshine’ can be a welcome relief from the heat and humidity, and rarely go on long enough to put too much of a dampener – excuse the pun – on things. If it’s hurricanes they’re worried about, fear not: although the season officially starts on June 1, it’s very rare to get big storms until later in the year, especially in islands below the main hurricane belt such as Aruba, Saint Vincent and the Grenadines or Barbados.

On the plus side, many hotels slash their rates and put on special offers, so it can be a great time to pick up a good deal. Elegant Hotels in Barbados lets kids stay, eat and play for free at Colony Club from June 1-October 22, and until October 31 at Crystal Cove. Four Seasons Resort Nevis also throws in a free fifth night and breakfast for stays between June 1 and December 18, with a kids’ camp and complimentary experiences such as tours to spot green vervet monkeys. 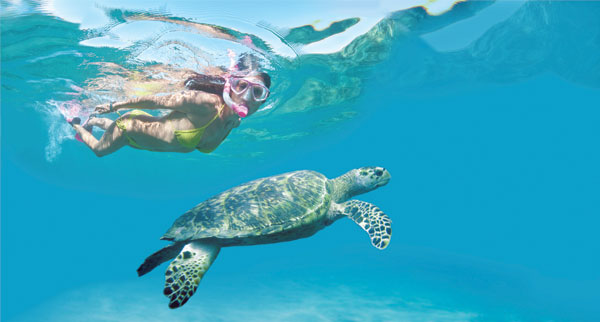 Come July, those monkeys have a rival for animal lovers’ affections, as sea turtles nest along the shores of many a Caribbean island. The Four Seasons Nevis partners with the Sea Turtle Conservancy, calling on guests to help track the little hatchlings with the help of researchers from July 14-17. Other hotels offer similarly turtle-focused activities, such as Half Moon in Jamaica, which last year organised guided night-time walks along its two-mile beach, where hatchlings emerge from the sand and scurry into the Caribbean Sea.

Le Grand Courlan, which overlooks Stonehaven Beach in Tobago – a stretch of sand oft-visited by leatherback turtles – will even adopt a little critter on behalf of any couple marrying at the resort during turtle nesting season, via local charity Save Our Sea Turtles. And the best bit? The newlyweds choose the name. 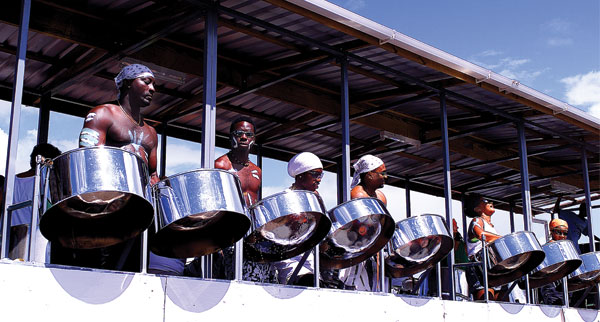 It might be mid-summer, but it’s still party time in the Caribbean, with Barbados’s Crop Over festival culminating in Grand Kadooment on the first Monday of August. Grenada also marks its most famous export with Spicemas, mixing the island’s African, French, British and Caribbean influences together in a fusion of steel pans, calypso music and street food.

Festivalgoers at Antigua’s colourful carnival are in for even more of a treat this year, as the island marks the 60th anniversary of the summer celebration with an especially extravagant mix of costumes, talent shows, beauty pageants and parades.

For clients who need a bit of yin to that yang, there are chances to chill too. Castara Retreats on Tobago opens a new yoga deck this summer to begin its yoga and mindfulness programme; the adult-only Jewel Paradise Cove in Jamaica is extending its wellness breaks with intensive yoga, holistic and fitness weeks running May 14‑20, August 13-19 and December 10‑16; and Dreams Resorts & Spas are running a Kids Stay Free promotion for travel from August 19 until December 22, based on two children sharing a room with two paying adults. 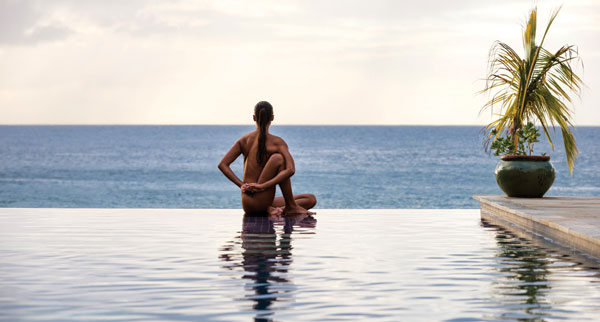 As hurricane season gets into gear, September is a harder sell in the Caribbean, and it’s worth noting some smaller resorts and local providers shut up shop. That doesn’t mean it’s off‑limits, however, provided you manage clients’ expectations and make sure they have adequate insurance. Steer them southwards towards the likes of Aruba, Bonaire and Curacao – though not immune from the storms, they’re less likely to be affected. 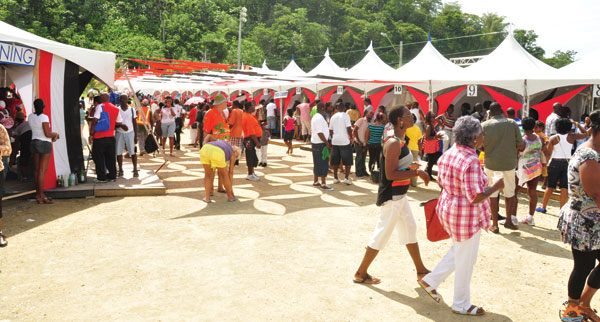 October is still very much off-peak, but things do start to liven up towards the latter half. Those who love local food will find plenty to try in Tobago, where the Blue Food Festival celebrates root vegetable dasheen, which turns blue when cooked. And back on the Cayman Islands, it’s Restaurant Month, with Grand Cayman alone boasting more than 200 restaurants devoted to local and international cuisine. 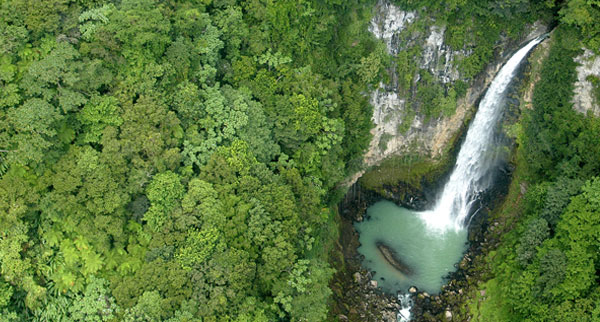 The break in humidity makes this a good time to try active holidays such as cycling around Cuba or hiking through the hills of Saint Lucia or Dominica, when the lush rainforest and tumbling waterfalls are at their most beautiful. Do warn clients it’ll still be soggy underfoot, but keen birdwatchers can liven up a hike by looking for migratory species such as yellow-bellied sapsuckers, indigo buntings and warblers, which fly from North America for the winter.

Clients who are more interested in consuming calories than burning them off will find great street food to mark Antigua and Barbuda’s Independence Festival on November 1 (though the parties go on for 10 days, not just one – this is the Caribbean, after all), and the Barbados Food and Rum Festival, which celebrates the best of Bajan rum and local dishes, with hotels such as the Hilton Barbados putting on special menus to showcase their best locally inspired efforts. 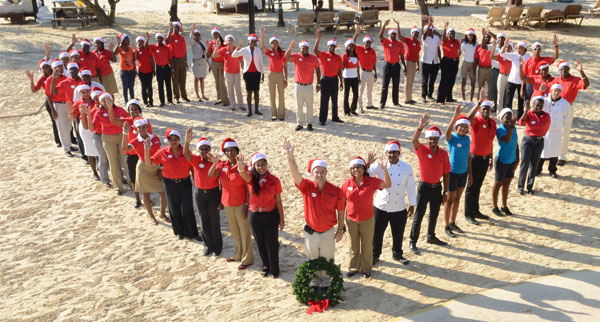 Fancy spending Christmas in the Caribbean? Whether grown-ups want a quiet, child-free escape, or families want to forgo a white Christmas for a sunny one instead, it’s best to book far ahead as hotels fill up fast at this time of year. That’s often down to repeat guests booking up a year or more in advance.

Most properties push the boat out with festive events throughout the season, but family resorts take it a step further. Beaches Negril Resort & Spa, for example, last year hosted Father Christmas himself along with his favourite Sesame Street friends in a characterful Christmas Day parade along the beach – on top of all the usual kids’ activities.

And it wouldn’t be the Caribbean without rounding the year off on a high, which is why St Kitts hosts its Sugar Mas carnival and the Bahamas its traditional Junkanoo festival in the days between Boxing Day and New Year.