Find out how Paphos being named European Capital of Culture can help you sell more, says Laura French.

When it comes to sun, sea and sand Cyprus is always a winner, but extending its appeal beyond the beach holiday types can prove a little trickier.

Not this year: Paphos has been crowned European Capital of Culture 2017 (‘Paphos 2017’) and it’s big news for the historic Cypriot city. “This is the most momentous event that Paphos has experienced in recent times. It will completely transform the city in the next few months,” says Natasha Michaelides of Thanos Hotels.

In recognition of the title there’s a whole plethora of cultural events planned for the year, which means you’ve got a pretty nice hook with which to reel in your culture-seeking clients – so use it to your advantage and boost your bank balance in the process.

The country has already been selling well for this year: UK forward bookings for 2017 were up 14% in November, according to the Cyprus Tourism Organisation, and UK director Orestis Rossides believes it will continue to rise. “Paphos 2017 will hopefully ensure that this positive trend is sustained going forward,” he says.

So wise up to what’s going on this year, then use that knowledge to sell the city and Cyprus as a whole. 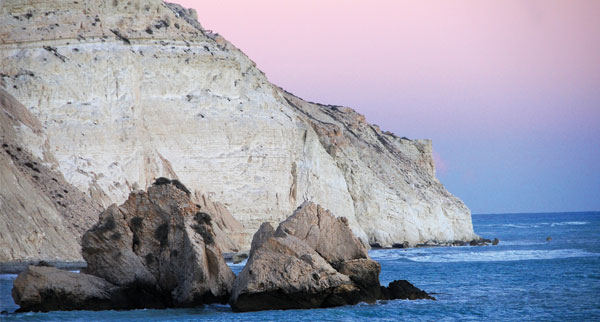 The European Capital of Culture status, which is shared with Aarhus in Denmark, will see more than 300 dance, music, theatre, art, cinema and other events light up the city and its surrounding area under the motto ‘Linking continents, bridging cultures’.

Kicking off on January 28, the events are designed to recall different phases of the city’s history around the themes of Myth & Religion, World Travellers and Stages of the Future.

Among them there’s a Moon and Stars festival in August, featuring open-air concerts in unusual spots such as Aphrodite’s Rock, an aerial acrobatic show at Paphos Castle, various gastronomy events, and a performance of the Greek comedy Lysistrata in the Archaeological Park.

€26.2 million worth of infrastructure projects have been underway in preparation for the big year

Beyond that, there’s a dramatic summer show – with boats, fire shows, light projections and music – cinema screenings on the beach, guided city tours and a year-long string of art exhibitions including some works on display at Thanos Hotels’ Almyra and Annabelle properties. “It will be one of the most, if not the most important year for us in recent history,” adds Michaelides.

It’s not just the events that are expected to draw in visitors; €26.2 million worth of infrastructure projects have been underway in preparation for the big year, with public squares, archaeological sites, the old commercial centre and roads all being renovated, alongside the Othellos-Attikon, a dilapidated cinema that is being turned into a cultural centre.

All of this means that even if clients have been to Paphos and wider Cyprus before, there’s something new to see, so highlight its appeal to both first-time and repeat visitors. 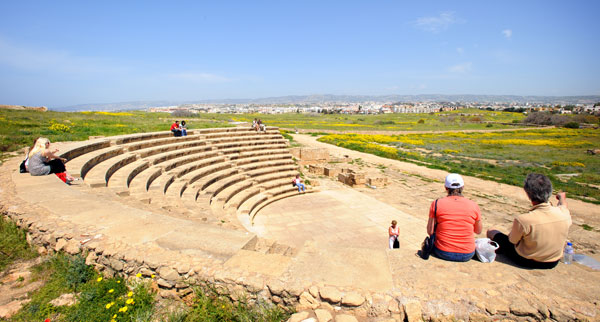 There’s plenty beyond the events, of course, and the European Capital of Culture status makes for a fresh angle when it comes to pushing this reliable old-timer, so highlight the wider appeal of Paphos.

“The city is steeped in culture and history, with some of the most important archaeological sites in all of [Ancient] Greece located in and around the old town,” says Alan Cross, head of trade at Jet2holidays.

Among the most impressive spots is the Archaeological Park, a Unesco World Heritage Site near the harbour in Kato Paphos, where the remains span from prehistoric times to the Middle Ages, taking in ornate second-century mosaics and the remnants of extravagant Roman villas, some of which are still under excavation. Entrance to the whole site costs €4.50.

The park is also home to various other remains including the ancient Odeon, an early Christian Basilica, and the Saranta Kolones fortress, a 13th-century Byzantine castle.

The cultural side of Paphos isn’t all ensconced in its past; suggest the Municipal Gallery for visitors wanting to see local artists’ work

Alongside the mosaics, it’s the Tomb of the Kings that gets the most hype. Wealthy citizens ordered their mausoleums to be built here in the fourth century BC and there’s a vast collection of underground stone enclosures with elaborate pillars.

Noel Josephides, chairman of Sunvil Holidays, recommends a full day to see the whole park properly. “It’s easily worth a full day’s visit – and it’s definitely best to go in low season to avoid the crowds,” he says.

There are other historical sites outside the park too, and 12 museums in the city.

The cultural side of Paphos isn’t all ensconced in its past; suggest the Municipal Gallery for visitors wanting to see local artists’ work, or, as Jet2holidays recommends, direct visitors to its food scene.

“A less-celebrated aspect of Paphos is its fantastic cafe culture,” says Cross. “There are cafes, restaurants and bars dotted along the front of the historic harbour.” 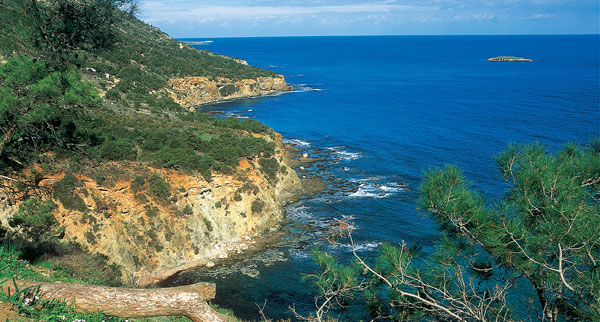 Beyond the city there’s more to see in the way of culture, so suggest clients hire a car and venture a little farther afield to experience ancient monasteries, mountain villages, mythological baths and a whole lot more.

Over in the quaint village of Kouklia (about nine miles east of Paphos) they’ll find the Sanctuary of Aphrodite, a 12th-century temple that was an iconic pilgrimage centre in ancient Greece and now houses a museum. Alternatively, 15 miles southeast of the city, they’ll find the place where she supposedly rose from the sea, marked by the renowned Aphrodite’s Rock, a huge, jagged stone that juts out from the sea.

For nature lovers recommend Episkopi – a picturesque, traditional village set among the hills seven miles away – for its Environmental Information Centre. It’s a research lab and exhibition hub where visitors can learn all about the geology, flora and fauna of the Ezousas Valley all for just €2.

For nature lovers recommend Episkopi – a picturesque, traditional village set among the hills seven miles away

If it’s flora and fauna that appeals, then the Akamas Peninsula, on the northwest tip of the island, will too. This uninhabited stretch of land is a verdant cluster of wine routes and walking trails overlooking the azure water, where a variety of wildlife lines the way.

From May until August the peninsula will be transformed into the setting for an outdoor Eco Art show as part of the Paphos 2017 plans, which means you can tie in the country’s outdoorsy, adventure side with its culture status. That makes a pretty unique selling point when it comes to widening the Cyprus net and catching some new customers.

Jet2holidays offers a seven-night stay at the four-star Constantinou Bros Athena Royal Beach Hotel in Paphos from £659 based on two adults sharing a standard room on a B&B basis, with flights from Birmingham in April.
trade.jet2holidays.com

Olympic Holidays offers seven nights at the five-star Almyra hotel from £693 based on two staying half-board in a twin room, with flights to Gatwick departing April 27. Book by February 28.
olympicholidays.com

Monarch has a week’s package for £695 at the five-star ultra all-inclusive King Evelthon Beach Hotel & Resort, based on two sharing a twin room, with Gatwick-Paphos flights in May.
monarch.co.uk

“The importance of choosing Paphos as the European Capital of Culture cannot be underestimated, especially in view of its small size compared with other cities in Europe that have been privileged to host the title in previous years. We believe that Paphos 2017 will have a positive impact on the general image of Cyprus and its effort to attract discerning visitors with an appreciation for its rich history, unique culture and varied architectural heritage.”

June 23: Voices of the World – songs from across the globe (Sinti Monastery, 19 miles northeast of the city)

September-December: The Many Faces of Venus – international exhibition in Nicosia (A.G. Leventis Gallery: visits and tours to the city can be organised from Paphos)