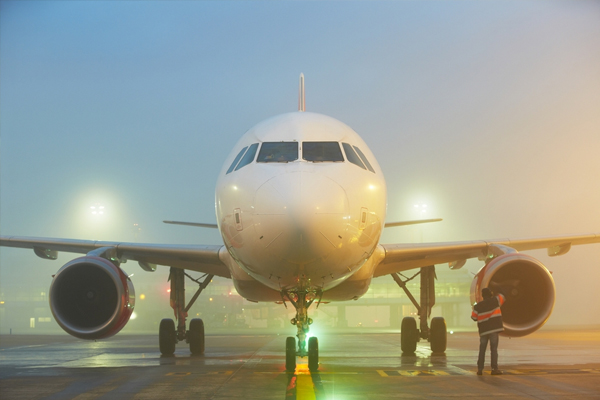 Freezing fog will continue to disrupt flights from London area airports for the second morning in succession.

At least 100 flights from Heathrow were cancelled, 88 from London City airport, nine from Gatwick and 39 from Southampton airport yesterday.

Heathrow, Gatwick and British Airways warned of further disruption this morning due to fog across London and the south-east.

Passengers were urged to check the status of their flight before travelling to their departure airport.

BA said: “Thick fog across parts of southern England will continue to affect some flights to and from London’s airports on Tuesday.

“Following a second day of poor forecast weather, we have once again agreed with Heathrow, National Air Traffic Services and other airlines to slightly reduce our flight schedules at Heathrow on Tuesday.

“For safety reasons air traffic control has to allow greater space between landing aircraft in fog and this will mean a reduced number of aircraft being allowed to land each hour at Heathrow.

“As well as slightly reducing our Heathrow flight schedule, other flights are likely to be delayed throughout Tuesday.

“We are also expecting further fog at Gatwick and London City airports to affect some flights on Tuesday, following some disruption to Monday’s schedules.

“We are sorry for the difficulties caused by the poor weather and will do all we can to minimise the effect it has on our operations.”

Heathrow issued an alert, saying: “Foggy weather across London and the south-east is expected on Tuesday and some passengers may experience disruption to their journey as a result.

“Heathrow advises passengers to check their flight status with their airline before coming to the airport. Heathrow’s top priority is the safety of passengers and we apologise to those whose travel has been affected.”

Gatwick warned that fog across the south-east and Europe was causing delays and cancellations.