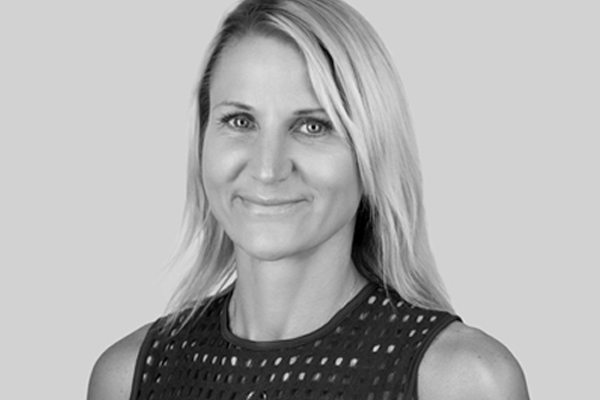 Barbara Kolosinska, director of C&M Travel Recruitment and C&M Executive Recruitment makes her predictions for the travel industry for the coming year

Well that was some year! Many of us in the travel industry feel like we’ve seen pretty much everything, but not many years will rival 2016 for drama.

Much of the fallout from Brexit, Trump, the fall of sterling and the other major stories of last year is yet to fully reveal itself, but it’s still possible to plan ahead for whatever 2017 feels like throwing at us.

Ah, Brexit and Trump. It already seems inevitable that the biggest talking points of last year will be the main stories of this year too.

Initially our expectations were that the effects of the Brexit vote would be significant, and while there was an immediate panic with people battening down the hatches, the impact wasn’t as vast as we feared it might be.

Of course, no-one knows the full impact of Brexit yet and, coupled with Donald Trump becoming the world’s most powerful man, there will continue to be uncertainty in many areas including terms of trade between the UK and the US and foreign exchange rates.

Currency fluctuations are one area we will all be keeping a close eye on.

Sterling has dipped from around $1.49 before Brexit to as low as $1.19 already in 2017 and this will obviously affect people planning to travel overseas, potentially making their holidays more expensive.

But it will also have a big impact on British companies’ ability to trade with American and European clients, so any business that buys their product from overseas – such as tour operators – will begin to see a difference on their bottom line.

It will also have an impact on business travel because although the sector is global, a lot of business travel trips will inevitably be to and from the States and these journeys are likely to cost significantly more this year than in 2016.

This could mean that we see some companies cutting down on business travel in 2017 or choosing more inexpensive options than in previous years.

The fall in sterling is also likely to result in increased inflation meaning there will be less surplus cash to spend, with holiday makers potentially forced to tighten their belts.

This will put a strain on demand for holidays, with many perhaps either taking fewer breaks, reducing the amount of time they go for or opting for cheaper destinations.

On the flip side, the big positive of sterling’s drop is that it will be cheaper for people to travel from the States to the UK.

I expect an increase in the number of people travelling from the US to the UK in 2017 because it is simply more cost effective to do so now than it was just a few months ago.

And this means it’s going to be a strong year for the UK’s inbound sector with both the leisure and business travel markets likely to benefit. It’s also set to be a good year for UK attractions, tour operators, domestic hotels and theme parks.

For outbound tour operators, it could be a more complicated year with some seeing a reduction in customers.

This means that some operators are likely to assess and tweak their offering in order to attract the right clientele and stay ahead of their rivals, but it does looks like 2017 will be a more competitive and challenging year for those involved in the outbound market.

I also think we could see more mergers and acquisitions within the travel industry this year. Obviously we don’t know where they will come from, but the prospect is always around the corner and it could impact the number of opportunities.

At C&M, we are in the fortunate position of working with everyone from business travel companies, tour operators, inbound and outbound.

So if the outbound market is becoming more challenging with fewer opportunities, then we are able to switch our focus to the inbound market.

If the client is busy and the market is busy, then there are going to be more opportunities there – both for us and for job seekers.

Last year we saw a big increase in the number of companies recruiting for marketing and sales jobs and we’re already seeing exactly the same thing this year.

If one particular role is going to become more popular as a result of the uncertainty surrounding the economy, then it will be marketing positions.

Companies are going to need to put a sales strategy together and you can only do this once you’ve got a good marketing strategy because sales come from marketing.

My prediction for 2017 is that candidates with good marketing experience will be the most in demand, followed by those with sales experience and then reservations.

I think we’re unlikely to see a universal trend developing with travel salaries this year and will instead see fluctuations from sector to sector.

The luxury travel market is very competitive and almost recession proof, so I fully expect to see wages increase – and the same is true for the online digital sector.

Business travel generally suffers from a lack of quality candidates, meaning salaries are also likely to rise this year due to price wars for the best talent in the sector.

The areas where salaries will probably plateau are likely to be in traditional reservations, tour operator or retail roles at both online and offline travel companies.

One reason why salaries aren’t necessarily going to increase in 2017 as much as in previous years is because most SMEs are now required to have an auto-enrollment pension facility, and this is going to affect their ability to offer pay rises – particularly for the smaller employers.

This could mean that we see more companies choosing not to increase salaries but instead offering other benefits including incentive schemes, healthcare, fam trips, gym memberships, flexible hours, homeworking or job sharing. At C&M, we’ve already seen great success from introducing these incentives to our employees.

Whether it’s adverse weather conditions or acts of terrorism, every year seems to bring unforeseen events that impact the travel industry and it would be unwise to presume that 2017 will be any different.

This means it’s almost inevitable that some companies will struggle due to issues they have no control over.

However, we are a robust industry. We have seen it all before and we are resilient. We learn from our experiences and we simply have to be as prepared as possible for any eventualities, no matter how unexpected.

Essentially, there are reasons to be cautious about 2017.

We don’t really know what’s around the corner with Brexit – and we certainly don’t know what Trump’s going to do! – but we’ve had a very positive start to the year, so let’s make hay while the sun is shining.