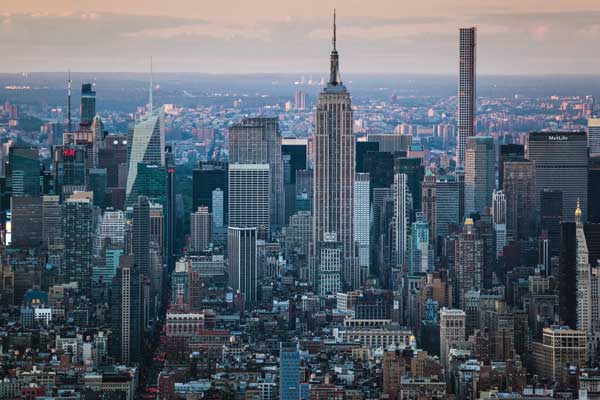 ’Tis the season to be romantic, and with Valentine’s Day round the corner – and temperatures feeling decidedly Arctic – now is the time to be selling short-haul getaways to loved-up couples.

And whether it’s a city stay, cycling holiday, beach break or all-out food fest your clients are after, there’s likely to be something that tickles their fancy, so take a glimpse at our guide on where to suggest for some long-weekend, commission-boosting inspiration. 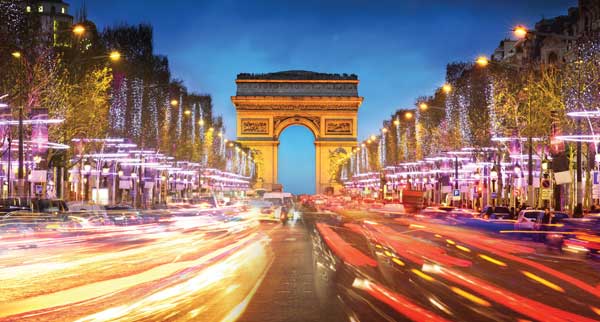 There’s a reason Paris is perhaps the most iconic of weekend break venues: from the soaring Eiffel Tower and its nightly illuminations to the Bohemian hills of Montmartre, the city is as romantic as it gets.

And for an alternative day trip to the often-crowded Versailles, recommend Fontainebleau

The Champs-Elysées, Arc du Triomphe, Louvre and other much talked-about sights have their merits and are likely high on the list for first-timers. But for an alternative, Graham Balmforth, national sales manager at SuperBreak, suggests a champagne experience at the top of the Montparnasse Tower – think Eiffel Tower-esque views without the crowds – or a French-inspired cooking class.

And for an alternative day trip to the often-crowded Versailles, recommend Fontainebleau. It’s an equally stunning, ornate chateau, surrounded by lakes, fountains and sculptures.

Book it: SuperBreak offers a three-night package from £258, travelling by Eurostar and staying B&B at the three-star Corona Rodier Hotel in early April. superbreak.com/agents 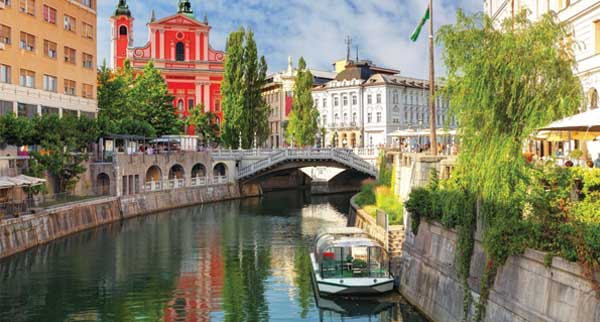 For something a little different, suggest Slovenia, and more specifically, Ljubljana. Set within easy reach of Lake Bled, where jaw-dropping mountain scenery meets a huge expanse of opal, it makes a good base for exploring the region, and there’s plenty to see in the city itself too.

It’s filled with verdant parks where loved-up couples can take long strolls, and it’s also home to architectural delights such as the iconic Dragon Bridge, decorated with dragon statues. Overlooking the city is the medieval Ljubljana Castle; built in the 15th century, it’s the setting for evening courtyard shows and colourful sunsets.

For the ultimate in romance, though, Balkan Holidays recommends a boat trip along the Ljubljanica River or a bike ride along the bankside. “You’ll discover secret little corners that usually remain hidden from tourists,” says Chris Rand, sales and marketing manager.

Book it: Balkan Holidays has a two-night package at the three-star City Hotel from £225, including easyJet flights from Stansted on March 17, breakfast and transfers.
balkanholidays.co.uk/agents 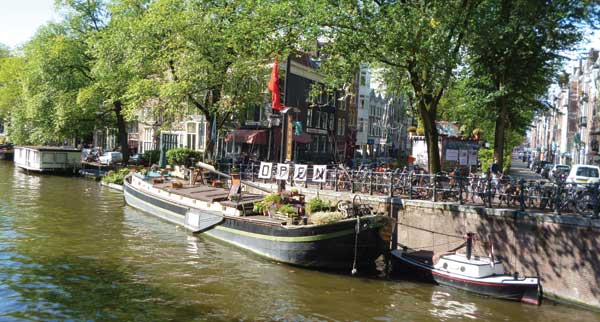 It doesn’t all have to be about city breaks, of course; glorious green countryside and the sheer beauty of being away from it all can be just as romantic, so for active couples suggest a short hiking or cycling trip.

The Netherlands is especially well-primed for the latter. For a self-guided option suggest Inntravel’s A Taste of Holland. Passing through quintessentially Dutch landscapes, villages and harbours, it winds its way from the cheese-making town of Edam to the iconic, equally romantic Amsterdam, where couples can explore the canals and take in the city’s laid-back way of life.

Book it: The four-night trip starts at £560 on a B&B basis plus one dinner, including luggage transfers, maps, notes, cycle and accessory hire. Flights are extra.
inntravel.co.uk 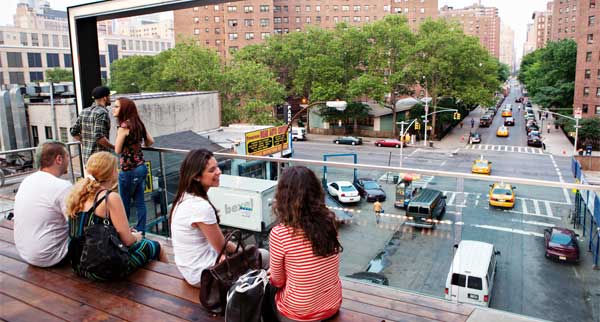 New York might not be quite as close to home but a six-hour hop means it’s still more than viable for a long weekend away.

Alongside the classic couples’ spots – the Observation Deck at the Empire State Building, Bow Bridge at Central Park, sailing around the Statue of Liberty – there’s the likes of the Brooklyn Botanic Garden, whose Cherry Esplanade turns pink in the spring.

Elsewhere there’s the High Line, a one-and-a-half-mile trail adorned with sculptures, gardens and colourful street art, and the Lincoln Center, where ballets and operas take to the stage.

And the best part is you can gain commission on extras, says Malcolm Davies, product destination manager at Funway Holidays. “Encourage couples to go out on ‘dates’ on their mini-break to earn extra commission from add-ons,” he says. Among the bookable add-ons is a horse-and-carriage ride through Central Park (£103), which clients can follow up with a trip to the elegant Russian Tea Rooms.
Book it: Funway offers three nights at the four-star Westin New York, Times Square from £815 including American Airlines flights from Heathrow, departing May 4.
funway4agents.co.uk 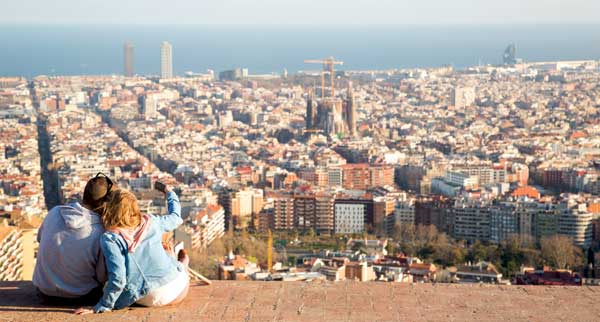 If your clients can’t quite choose between city and beach suggest Barcelona, which blends both and then adds a dollop of culture (and several ladles of sangria) to complete the mix.

Gaudí’s architecture – including the iconic, art nouveau basilica La Sagrada Familia – dominates the city with its twisted sculptures, organic shapes and coloured tiles, and is well worth exploring, but there’s plenty more to recommend too. Jet2holidays suggests meandering up by cable car to Montjuïc from Park Güell for twinkling views over the cityscape, or checking out the free Magic Fountain show, a spectacular display of light, water and music.

When it comes to date night, the city isn’t short on options either, with 20 Michelin-starred restaurants lined up alongside a host of quintessentially Catalan, family-run spots. And for a beach trip outside the city, Sitges is only a 45-minute drive south – which makes Barcelona an all-round winner for every age. 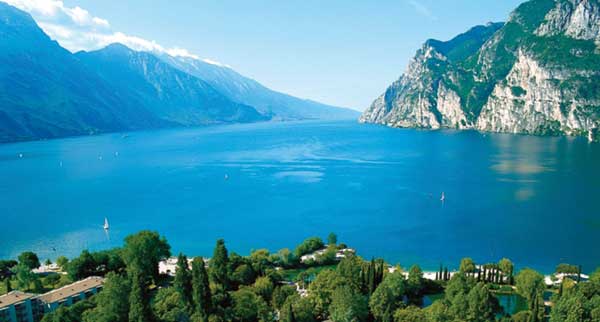 There’s nothing quite as romantic as strolling along hand-in-hand by a glistening blue lake, tavernas lining the pavements and brightly coloured flowers adorning everything in sight. Welcome to Lago di Garda.

Recommend clients hop on a boat across the lake and stop off along the way. Bardolino, with its long lakefront promenade lined with traditional restaurants and bars, is worthy of a visit, while would-be photographers should head to Malcesine for a cable car ride up to Monte Baldo, a soaring mountain overlooking the surrounding water.

But it’s Sirmione that’s the true crowning glory, according to Laura Mason, Citalia’s product manager. As well as a 13th century, fairytale-style castle, it’s home to several thermal springs and spas, which makes a good selling point for couples wanting to combine local culture with some good old R&R.

Book it: Citalia has a four-night trip staying at the four-star Hotel Salo Du Parc, set right by the lake, on a B&B basis from £549. The price includes flights from Gatwick, based on a June 18 departure.
citalia.com 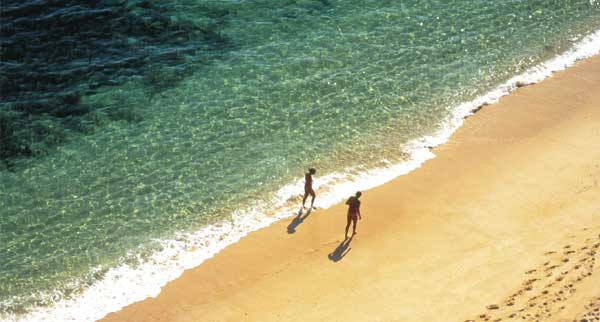 If it’s sun, sea and sand your coupled-up clients are after, look to the Algarve, where lying on the beach all day is just as acceptable as exploring whitewashed fishing villages or chomping on grilled sardines.

Vilamoura, home to elegant harbour-side eateries, several golf courses and a handful of gold-sand beaches, makes a good base, according to Greta Tuomaite, product and commercial executive at Monarch. “Visit the historic Roman Ruins Cerro da Vila, head to beautiful Falesia Beach, or go to Rocha Baixinia on a romantic evening walk,” she says.

From there clients can explore the nearby area, including the traditional Portuguese market town of Loule, and Faro, the largest city in the Algarve, which boasts a fortified cathedral, castle ruins and plenty more.

Book it: Recommend the Vila Gale Marina for a four-star stay by the harbour; Monarch offers four nights’ B&B from £275, with flights from Birmingham departing April 11.
monarch.co.uk 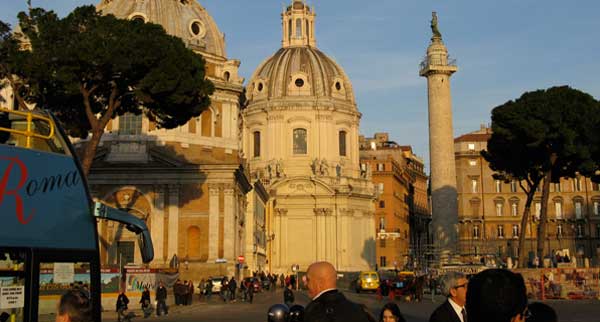 Rome is to romance what Ant is to Dec – you can’t have one without the other – and it’s impossible not to feel a little giddy as you walk along the banks of the river, St Peter’s basilica popping up in the distance.

But if clients have already done the Colosseum, the Trevi Fountain, the Vatican and all the other classics (incredible as they are), it’s worth suggesting some alternatives. Recommend a visit to the quaint, narrow streets of Trastevere for an alfresco cocktail or to Villa Borghese for a rowing trip along the lake and a dose of culture at the Galleria Nazionale d’Arte Moderna.

For contemporary art there’s the Maxxi, or National Museum of 21st Century Arts, designed by Zaha Hadid and well worth highlighting to those keen to see a slightly more modern side of the Eternal City.

Book it: Inghams Italy offers two nights’ B&B at the four star Hotel Victoria from £599, including flights from Gatwick and transfers, based on a March 31 departure.
inghamsitaly.co.uk 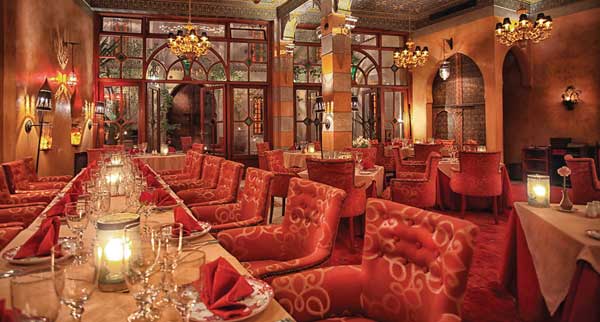 head to the lively square of Djemaa el Fna at sunset, take a horse-riding trip out to the surrounding areas, or visit the Menara Gardens

Classic Collection Holidays recommends clients head to the lively square of Djemaa el Fna at sunset, take a horse-riding trip out to the surrounding areas, or visit the Menara Gardens (west of the city) for a memorable and suitably romantic experience.

Book it: La Maison Arabe is a good luxury option, complete with spa, pool, piano bar and cooking school alongside a country club. Classic Collection offers three nights’ B&B in a junior suite from £1,113 in March, including flights and private transfers.
classic-collection.co.uk 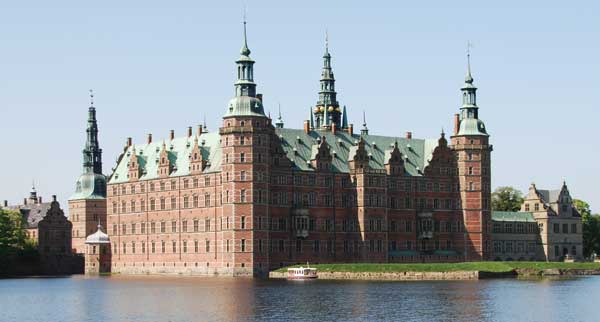 But the city is also a worthy recommendation for culture-seekers, with art galleries, museums, castles and more lining its picturesque canals. Elsewhere there’s the fairytale-lit Tivoli Gardens – an amusement park where concerts, rides and a floating Spanish Galleon are all found (open May to September and just before Christmas) – and the Nyhavn waterfront, where locals flock in the evening to enjoy dinner and jazz.

Book it: Osprey Holidays offers two nights at the boutique Hotel Alexandra, in a superior room on a B&B basis, with easyJet flights from Gatwick, from £295.
ospreyholidays.com