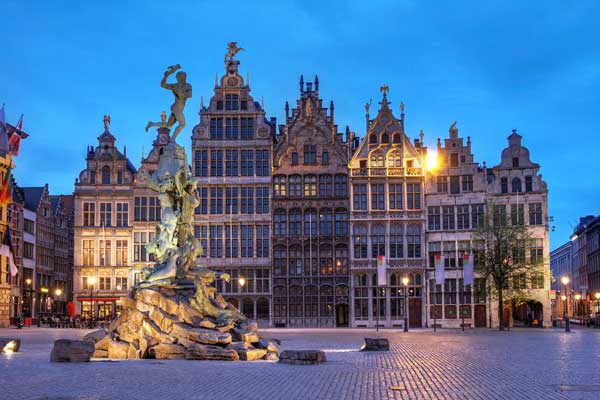 Antwerp is where Belgium sheds its fuddy-duddy image. It still has the cute architecture, Flemish art and massive beer selections that draw people to Bruges and Ghent, but it also prides itself on having a slightly more cutting-edge side.
Antwerp thrives on Zaha Hadid architecture, a fashion district that brims with world-class local designers and an international outlook that means 174 nationalities call the place home.

It also has plenty of history and industry to delve into – Antwerp has the second-largest port in Europe, which in the past was the departure point for Europeans leaving for a new life in North America, and now sees container ships arrive from across the globe. It’s a pocket-sized world city that frequently surprises.

09.00: Kick off with a mooch around Antwerp’s historic centre, which might not match the chocolate-box charm of Bruges, but does have several gorgeous little streets lined with traditional Flemish buildings. The city’s heartbeat is Grote Markt, which is dominated by the grand town hall and centred on the fabulously gory Brabo statue, where a hero lops off the hand of a cruel giant.

The nearby cathedral is a Gothic big beast that keeps appearing on the skyline. Inside it has the usual complement of lavish side chapels and glorious stained-glass windows, but while the city’s fine-arts museum is under renovation, it is also doubling as an art gallery. Old-master religious art from the likes of Van Dyck and Rubens is proudly displayed between the pews. 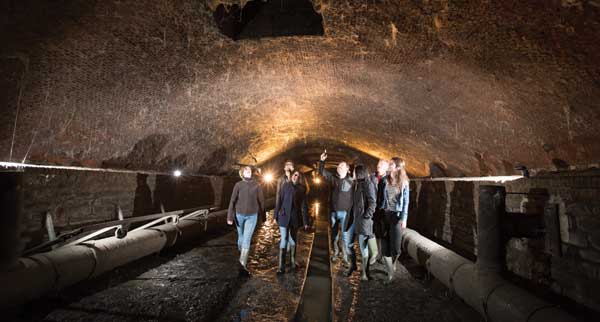 11.00: That’s the pretty side sorted, so let’s head for the unmistakably grim side. De Ruien are canals that were once above ground but have long been buried as the city expanded. They’re also home to the city’s sewers and a tour that is unusual to say the least. Wellies and protective suits are donned for the stinky but oddly fascinating boat trip and squelchy walking tour under the city. It’s part history lesson about how the city has grown, and part eye-opener about how sanitation systems work. It’s a mucky but highly distinctive adventure (cost €16).
ruien.be/en

13.00: A little charm may be needed after that, so De Groote Witte Arend is a marvellously atmospheric spot for lunch. Inside a former convent – and still boasting a little chapel – it specialises in serving up hearty Flemish beef stews in the courtyard. Main courses start at €15 and there’s also an excellent beer list. degrootewittearend.be 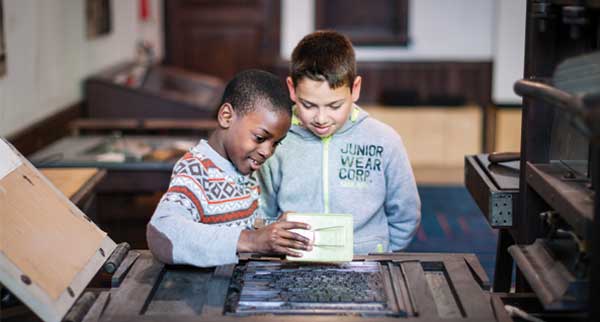 14.30: The Museum Plantin-Moretus (entry €8) was the first museum to be given World Heritage status in its own right, and a recent makeover has made it a much more impressive visitor experience. It’s the former home and office building of a printing dynasty, crammed with old furniture, bulky tapestries and Rubens paintings. But the real wow factor comes downstairs with rooms full of typesetting blocks and the world’s oldest printing presses.
museumplatinmoretus.be/en

19.00: For a splash-out dinner, De Peerdestal is a fine choice. The wooden roof, coats of arms on the walls, plus massive hams and chandeliers hanging from the ceiling, look impressive, but there’s plenty to drool over on the menu too. A three-course set menu is available for €35, but the specialism is the lobster dishes. A feast of half a lobster, prawns, mussels and shellfish costs €37.
depeerdestal.be

For a splash-out dinner, De Peerdestal is a fine choice

21.00: Belgium may be a beer-lover’s nirvana, but Antwerp also does a nice line in cocktail bars. Absinthbar at Brasserie Appelmans has an extensive cocktail list with absinthe and vermouth leanings, but gives pride of place to concoctions invented by the staff. These include the Red Riding Hood (€12), which mixes two vodkas, raspberry, strawberry and fresh lemon juice.
brasserieappelmans.be

10.00: Antwerp has two brilliant museums around the dockside Eilandje area, which has undergone a remarkable transformation in the past few years. The MAS (entry €10) was the big opening in 2011 – an architectural statement with great views from the top, and several floors of themed exhibitions.
mas.be/en 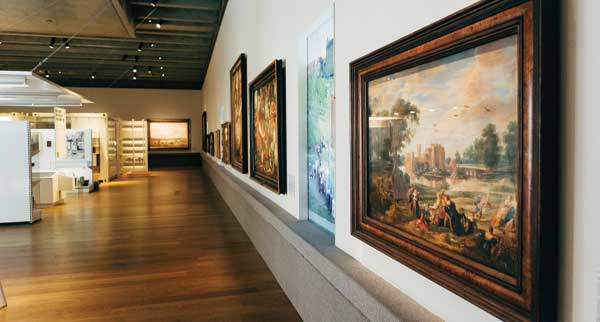 The Red Star Line Museum (€8) is even better. In the late-19th and early-20th centuries, more than two million Europeans departed from the city’s docks to start a new life in North America. They travelled with Red Star Line, and the museum goes into the conditions on the journey, the gambles people had taken leaving their home countries behind, and the realities they faced once in the US. It’s simultaneously personal and universal.
redstarline.be

13.30: Plenty of restaurants have opened around Eilandje, and one of the more unusual lunch options is Balls & Glory. Diners choose a supersized meatball with a filling – which can be anything from tikka masala to spinach – and a side dish such as an aubergine salad for €12. It’s different and relatively healthy.
ballsnglory.be 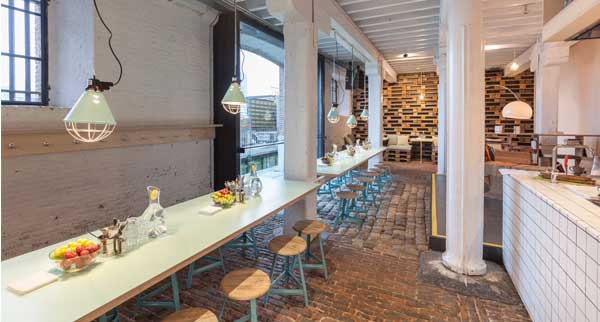 14.30: Antwerp’s docks stretch for miles up the River Scheldt from the city centre. Once past the daringly inventive Port House, where a grand old building has been topped by Zaha Hadid’s giant, diamond-esque extension, it quickly turns into a world of fruit warehouses, silos, chemical works and oil refineries. Flandria’s three-hour cruise (€16) around the port, therefore, might not sound all that sexy. But it becomes an oddly gripping study in how it all works, especially once the huge gantry cranes start lifting hundreds of shipping containers off ships that have travelled halfway around the world.
flandria.nu

Head out to the architecturally gorgeous Zurenborg District, where Waterloostraat is lined with art nouveau buildings

19.00: Once off the boat, hopefully slightly ruddy-cheeked if it’s a nice sunny day, there are several nearby bars and restaurants that are worth exploring. Among these, Cabo Verde is perhaps the most unexpected. There’s a terrace outside, an interior with plenty of wood panelling and model boats, and a menu that specialises in Portuguese and Cape Verdean cuisine. It’s seafood heavy and the €20.50 caldeirada (fish stew) is a juicy, messy and phenomenally tasty option to plump for.

Do: Head out to the architecturally gorgeous Zurenborg District, where Waterloostraat is lined with art nouveau buildings.

Don’t: Expect the Diamond District to be glamorous – most of the world’s diamonds are traded in Antwerp, but it’s mainly business to business.

Save: Leopold Hotel Antwerp
The Leopold offers the best bang for buck in town. It’s a business hotel, but with warmth and friendly service, and it looks out towards the pond in the Stadspark. Doubles from €77.
leopoldhotelantwerp.com

Spend: Radisson Blu Astrid Hotel
Opposite the spectacular Antwerpen Centraal Station, and next to the Aquatopia aquarium, the Radisson Blu Astrid is an excellent choice for those with kids. There’s also a pool, which is a rare bonus in Antwerp. Doubles start at €121.
radissonhotels.com/en-us/hotels/radisson-blu-antwerp-astrid


Splurge: Hotel ’t Sandt
The Hotel ’t Sandt is a rococo-heavy 17th-century mansion, all white-linen drapes and with a trickling fountain and cobbled courtyard at its centre. It’s all-suite, but the duplexes with elegant wrought-iron spiral staircases are particularly gorgeous. Prices from €210.
hotel-sandt.be