We’re going for KFC tonight,” said our tour guide as we arrived, eager to immerse ourselves in Korean culture. It wasn’t quite what I’d expected from our first day, given this east Asian country’s reputation for good food, but who was I to quibble with a local’s restaurant recommendation?

Luckily, Colonel Sanders was nowhere to be seen at Symyah Chickens, the tiny hipster cafe-cum-street-food spot, which serves up the best Korean fried chicken in southernmost city Busan.

Its two chefs furiously turned out platter after platter piled high with succulent fried chicken and an assortment of sauces – some with a hefty chilli kick to them – making it easy to see why this country’s cuisine has captured the imagination at home.

The wave of Korean restaurants opening in the UK’s big cities – some specialising in fried chicken, others in Korean barbecue or signature dish bibimbap – have inspired an upsurge of interest in the country itself, with a helping hand from the likes of Gangnam Style singer Psy and quirky K-Pop culture.

That newfound enthusiasm couldn’t have come at a better time as the country gears up to host the Winter Olympics in PyeongChang next year, and operators have responded accordingly with a host of new escorted tours in development from the likes of Kuoni’s Journeys collection, Titan Travel and Solos, joining existing product from Regent Holidays, Explore, Exodus, Cox & Kings and more. 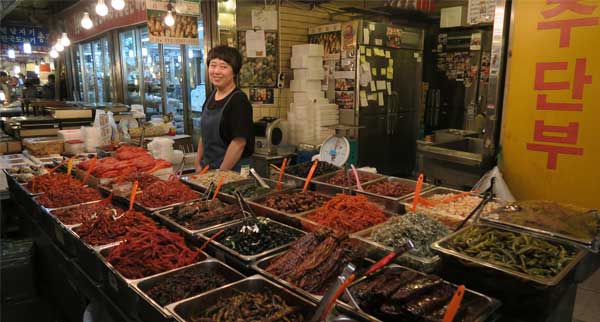 If Korean fried chicken was step one in our introduction to local culture, then step two was definitely donning the traditional ‘hanbok’ – the Korean equivalent of the kimono – for a tour around the capital’s 14th-century royal palace, Gyeongbokgung.

Wearing the brightly coloured traditional dress is by no means a prerequisite to touring the palace – even the locals only put it on for festivals and celebrations, so we did attract a few double takes while watching the changing of the guard – but it added a frisson of excitement to a walk around this sprawling site, made up of 330 buildings and overlooked by the shadow of Bugaksan Mountain in the distance.

take a stroll through Bukchon Hanok Village, where the quaint houses of palace workers have been preserved

With ancient shrines sitting next to towering skyscrapers, Seoul is the epitome of modern-day South Korea. The sense of respect for history and tradition is almost palpable, yet it’s also home to modern multi-national companies such as Samsung and Hyundai, and at the forefront of cutting-edge technology across a host of fields. It’s something of a lesson in post-war recovery, considering the damage done during the Korean War between 1950 and 1953, which reduced much of its infrastructure to rubble and ended with the partition of the Communist-led North Korea from the democratic south.

For a taste of its more traditional side, however, take a stroll through Bukchon Hanok Village, where the quaint houses of palace workers have been preserved to show what life was like six centuries ago. Its narrow alleyways and ornate decoration are a world away from the more modern side of the capital.

The city’s markets are also a tour de force and worth a visit just to absorb the atmosphere. Gwangjang market is the prime target for foodies, with one stall after another serving huge stacks of steaming dumplings, gimbap (the Korean take on sushi) and mung bean pancakes, which are eaten on the move or perched on a bar stool at the side of the stall. Insadong is more of a shoppers’ spot, selling authentic Korean art and ceramics in among a few more touristy souvenirs. 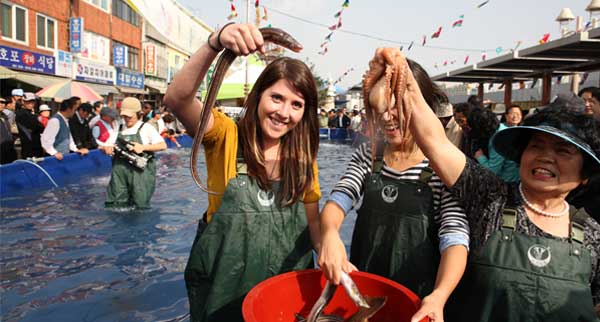 If those markets are enough to whet the appetite, then it’s worth making the journey south to second city Busan, just over two hours away on the quietly efficient network of KTX trains, and a lot more laid-back than the capital thanks to its beaches, hot springs, and a slower pace of life.

After dark, head out with the locals for fried chicken, a few Cass beers or a glass of soju

One of the highlights is the odd but enthralling Jagalchi fish market, paying testament to the city’s coastal location with all manner of curious sea creatures. The enormous indoor-outdoor market has row after row of stalls displaying trays of turbot and skate, abalone, spiky little sea squirts and shellfish, as well as tanks of slow-moving crabs and lobsters. Yet it was the weird slug-like sea cucumbers, writhing around each other in a slow-moving dance, and the array of alien-like octopuses lined up like Russian dolls in descending order of size that really caught my eye. Whether you’re brave enough to try them (any fish can be bought, cooked fresh and eaten there and then) or simply want to snap a few photos to liven up an Instagram account, this is definitely a must.

After dark, head out with the locals for fried chicken, a few Cass beers or a glass of soju (rice wine) and karaoke at one of Busan’s buzzing bars. Or sample some of Korea’s other distinctive dishes, such as bulgogi, or thinly-cut marinated beef; Korean barbecue, where diners do the cooking, roasting chunks of beef or pork over a charcoal grill set into the centre of the table; or bibimbap, a bowl of rice with vegetables and meat topped with a fried egg and stirred together at the table. No matter what you order, it will come with a side of cabbage-based kimchi, which might be a bit of a Marmite food for Western tastes, but is an absolute staple here, with more than 100 types available.

About an hour from Busan, on the southeast coast, lies Gyeongju, which was the first place in Korea afforded Unesco World Heritage Site status thanks to its ancient Buddhist sites. Bulguksa Temple was built in the sixth century during the Silla dynasty, though it’s been through a few facelifts since then, and is home to a number of designated ‘national treasures’ including its stone pagodas and bronze statue of Buddha. Even if you’re not interested in Buddhist history, it’s still a calming place to be, with its colourful paper lanterns and great views on a clear day. However, do warn clients with mobility issues that the steps are very steep.
The nearby Seokguram Grotto exudes a similarly soothing vibe, and is home to a beautiful sitting Buddha that is so precious it is kept behind glass and can’t be photographed. This area gets even prettier in April and October, when it is overtaken by cherry blossom, and the crowds of domestic tourists that go with it. 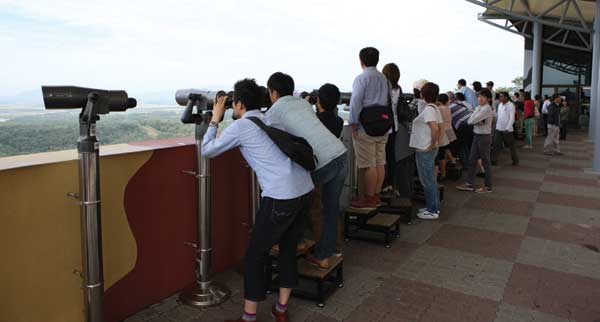 If this sounds like an odd addition to a holiday, that’s because it is – and yet the border between North and South is such an object of fascination, it is well worth seeing even for those who wouldn’t think of themselves as military buffs.

You don’t need to be an expert in war history to feel the chill of standing at the top of the Dora Observatory, peering through binoculars into the green hills that mark the edge of North Korea, with the distant din of a radio playing propaganda in an abandoned village just a few hundred yards away. Or to appreciate the poignancy of the train station departures board that still lists the next train for Pyongyang, even though nothing has travelled along these tracks in decades.

One of the most interesting elements of a DMZ tour is venturing down into the tunnels that stretch from North Korea into the South, believed to have been dug in readiness for an attack on Seoul. Four tunnels have been discovered – three in the 1970s and the last as late as 1990 – and the third is open to the public, with a train bringing visitors part of the way down before walking the rest, almost as far as the demarcation line.

The exhibit that follows isn’t exactly an unbiased account, but it does shed some light on the impact of the separation of the two states, and is well worth a look. Viator is among the add-on providers offering tours to the DMZ, many of which also include a visit to the Joint Security Area in the former village of Panmunjom, where the treaty between North and South was signed.

Intrepid Travel’s Real Food Adventure – South Korea starts at £1,480 for an eight-day tour, including accommodation in hotels and a one-night temple stay, some meals, sightseeing and activities; flights are extra.
intrepidtravel.com

Wendy Wu Tours has a four-day Seoul Short Stay for stopover visitors, including hotel, transfers and guided sightseeing
from £510.
wendywutours.co.uk

Michael Michael, marketing manager, Korea Tourism Organization
“This is a great time for agents to be selling Korea. The run up to the Winter Olympics in February 2018 will create a huge amount of exposure for Korea and puts agents in the perfect position to recommend the country to their clients. We have also entered into a marketing partnership with China and Japan to co-promote our destinations and will be running agent and operator fam trips to promote twin and three-centre holidays. Seoul continues to grow as a stopover for those looking for somewhere new to break their journey to Australasia.
gokorea.co.uk