When it comes to hogging the limelight, the big five know how to play the publicity game, and with their theatrical displays of fearless kills and heart-pounding sprints, it’s no wonder that they do it so well.
But Africa is a vast continent where species of all shapes and sizes roam free, and it’s often the smaller, lesser-known creatures that provide the biggest surprises.

There’s nothing quite like seeing them out there in the wild, skulking around their natural habitat. From the guinea baboon to the great dugong, the brown hyena to the honey badger, our rundown of Africa’s most interesting animals proves there’s much more to discover beyond just the big five. 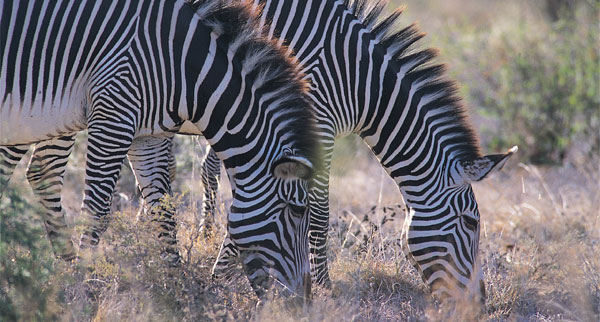 Unique to the Horn of Africa, the Grévy’s is the biggest of the zebra species, characterised by its narrow stripes. But their number has fallen from about 15,000 in the 1970s to 2,500 now.

That means they take a well-earned spot on a list of the ‘special five’, according to Melanie Burton, assistant product manager for Africa at Gold Medal, sitting alongside the long-necked gerenuk, reticulated giraffe, beisa oryx and Somali ostrich.

The zebras amble around Samburu National Reserve in northern Kenya; set on the banks of the Uaso Nyiro river, it’s a huge and rugged stretch of land where mountains peep through in the distance and rolling hills provide a picturesque backdrop. 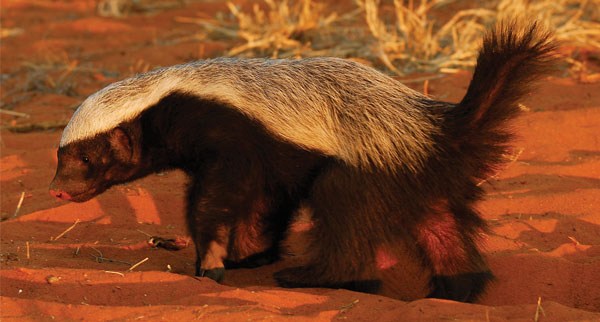 There’s a reason a video about a honey badger has racked up more than 75 million views online – despite what their gentle name suggests, these small ‘badgers’ have quite the temper.

David Sutcliffe, marketing coordinator and tours consultant at African Pride, says: “Often described as the ‘fiercest animal in the world’ and, not entirely accurately, as ‘invincible’, the honey badger has a fearsome reputation for its bravery.

Honey badgers can be found in South Africa’s southern Kalahari, while in Zimbabwe, the national parks of Mana Pools and Hwange are key hangouts. As the largest game reserve in the country, the latter is also a favourite for buffaloes, sables, roan antelopes, giraffes, leopards and plenty more, so clients won’t be leaving disappointed. 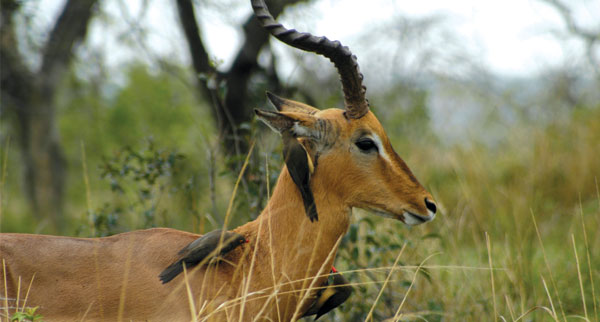 Africa is home to numerous species of deer-like antelopes that prance around elegantly as if doing their best Bambi impersonation (no April showers here, mind).

The imposing-looking oryx, characterised by its long and sharp horns and black-and-white face, can be found in Namibia, while south-east Africa is home to the suni – a tiny antelope that’s barely bigger than a rabbit.

It’s the impala that bears the most resemblance to Bambi, though. Along with the kudu – marked out by its unusual twisted horns – impalas stalk the savannah and woodlands of Zambia’s South Luangwa National Park, crossing paths with the likes of bushbucks, zebras, elephants, baboons and birds (of which there are more than 400 species), and dining on the surrounding vegetation. Set around the Luangwa River, the reserve is known for its walking safaris, which give clients an opportunity to see these magnificent creatures up close and get right into the heart of nature. 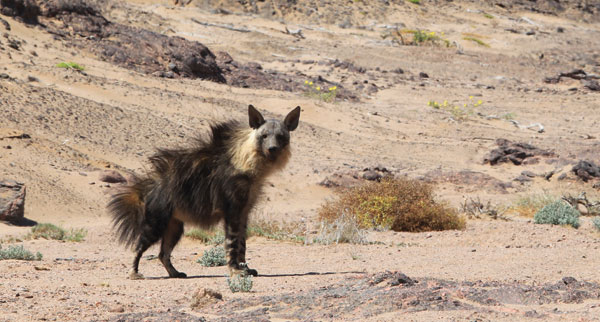 Sometimes you just can’t help but laugh, and hyenas do it best with their piercing giggles (even if they have a tendency to eat other kills, rather than doing the work themselves).

There are four species in the world – mainly in the African savannah – including the brown hyena. Rarer than its spotted cousin but equally enchanting with its long fur, these dog-like creatures roam around in groups in Mozambique, Zimbabwe, Namibia, Botswana and South Africa.

Recommend Namibia to clients hoping for a close encounter. Just inland from the Skeleton Coast are several havens for hyenas, especially at the Hoanib Skeleton Coast Camp, set in the middle of the desert and sandwiched between dramatic dunes and soaring hills.

Here, visitors will also stumble upon giraffes, elephants, springbok, while on the coast, they’ll find Cape seals slumped on the shore, sleek fur glistening in the sun. 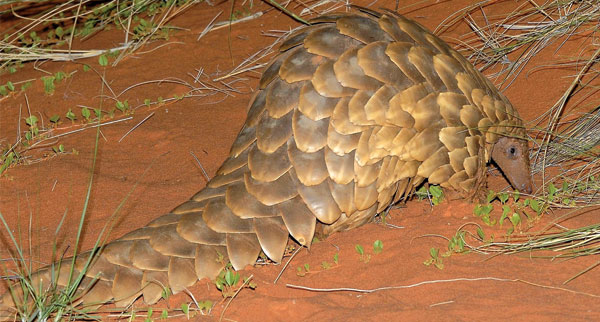 Somewhere between a hedgehog and an armadillo – decked out in armour, as if about to hit the battlefield – the unique-looking pangolin is the most illegally trafficked mammal in the world thanks to its apparent medicinal properties. That means the creatures, native to Africa and Asia, make for a pretty rare sighting.

“Shy, unobtrusive and nocturnal, they are notoriously difficult to spot,” says African Pride’s Sutcliffe. They also have a habit of curling up into a ball when approached, which doesn’t make things any easier.

For the best chance of spotting them, head to the Tikki Heywood wildlife trust in Zimbabwe, says Ross Kennedy, chief executive at Africa Albida Tourism. Alternatively, try the Tswalu Kalahari Private Game Reserve in South Africa, where the sandy and arid conditions provide a cosy home for pangolins. It’s estimated that there are 100 spread across its 100,000 hectares – which makes them the holy grail of the safari world.

Book it: A night at The Motse on the Tswalu Kalahari Private Game Reserve starts at £740 with African Pride, including game drives, walks and horse riding.
african-pride.co.uk 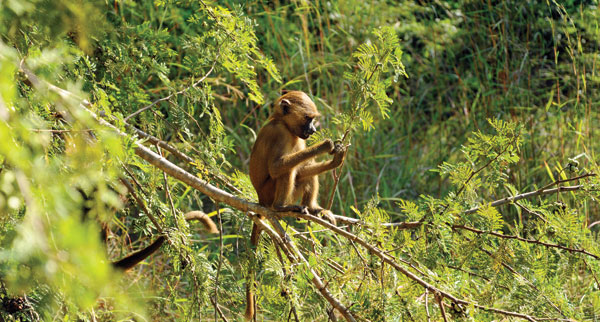 6 Baboons in The Gambia

It’s impossible to look at a baboon without breaking into involuntary oohs and aahs, and if admiring these almost-comical creatures is key, Africa is a gift that keeps on giving. Living in the arid, savannah-covered parts of the continent, there are five species that feast on fruit, grass and small mammals, scrambling through the trees and looking suitably adorable as they do so.

For Guinea baboons, recommend western Africa, where the red-haired creatures camouflage themselves in rocky and grassy habitats, crowding together in groups of up to 200 – and obeying a strict hierarchy – to protect themselves from lions and other predators.

The Gambia and Senegal are also home to plenty of them, alongside various other primates such as red colobus, green vervet and patas monkeys.

If clients fancy becoming neighbours with these fellas for a few days, recommend Mandina Lodges. Set right on the river and surrounded by the lush greenery of the Makasutu forest, it’s like living in a real-life zoo – with the added soundtrack of harmonious birdsong and shrill baboon calls. 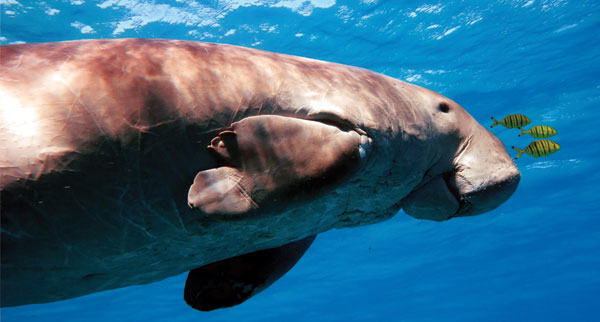 Getting a glimpse of this elephant-like sea mammal makes a trip to Mozambique worth it in itself. Related to manatees and reaching up to 10 feet in length, dugongs flock to the warm coastal waters stretching between East Africa and Australia, feeding on underwater grass.

Most often found in bays and other shallow protected areas, dugongs are few and far between, but can be found in the waters of Mozambique’s Bazaruto Archipelago – most notably around Benguerra Island. This white-sand paradise is surrounded by cerulean water, and the sunsets, like the creatures, are breathtaking.

Book it: A five-night Fly Me to the Beach stay at &Beyond Benguerra Island starts at about £4,800, including meals, drinks, transfers and water sports.
andbeyond.com 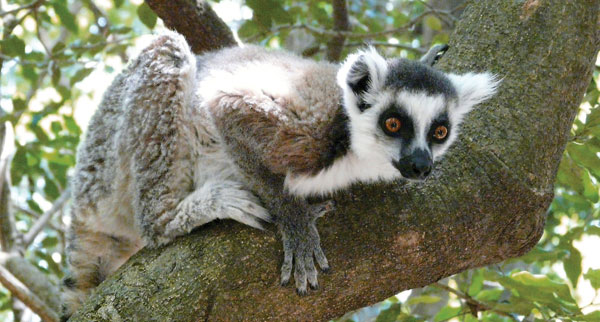 From tropical rainforest to dry woodland and barren dessert, Madagascar’s diverse topography and isolation make it a hotbed for all sorts of wildlife – 92% of its mammals are not found anywhere else.

Among the creatures unique to the island is, of course, the lemur, a primate believed to have evolved after floating over on rafts of vegetation.

The island is home to more than 60 species, each distinct in appearance and sound. But it’s the ring-tailed version that stands out according to Helen Austin, Kuoni product and category senior executive.

With their striped, bushy black-and-white tail and vivid darting eyes, it’s impossible to miss them as they huddle together at dawn, foraging for fruit, bark and flowers in true primate fashion.

It’s the silky sifaka that’s the really rare find, though. Graceful in movement and ethereal in appearance, it’s known as the ‘angel of the forest’ for its glaring orange eyes and glorious halo of soft, white fur. Spotting one is the ultimate tick on the wildlife bucket list. 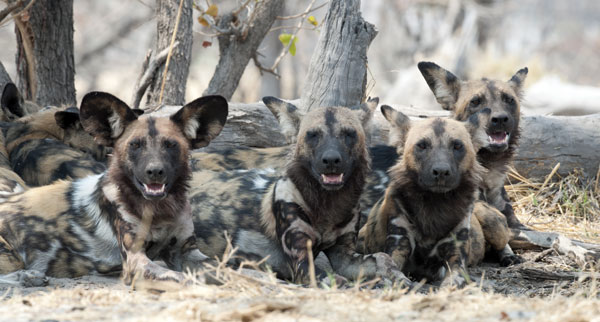 Named ‘makanyane’ by the Tswana people (or ‘painted wolves’), wild dogs are the largest canids on the continent, says Renette Hartridge, UK director of sales at Sanctuary Retreats.

They’re also among the region’s best hunters, with a success rate of 85% – making them even more of a threat than the big cats (little surprise, given they roam in packs of up to 40 and can run at 35mph).

Unfortunately, there aren’t many left. “It is estimated that fewer than 5,000 wild dogs survive in the wild, and viable populations are found only in larger reserves and uninhabited areas in Southern and Eastern Africa,” says Hartridge.

They are still dotted around northern Kenya, most notably at the Loisaba Conservancy – a 23,000-hectare reserve that’s home to a collection of luxury Elewana Collection properties – and the Madikwe Game Reserve in South Africa. Here, exotic birds and other small wildlife coexist alongside the big five, surrounded by verdant plains, forests and mountains.

Book it:Travel2 can package up a stay at Madikwe River Lodge and the five-star Cascades in Sun City from £1,749 for a nine-night trip. The price includes flights, game drives, some meals and car hire.
travel2.com 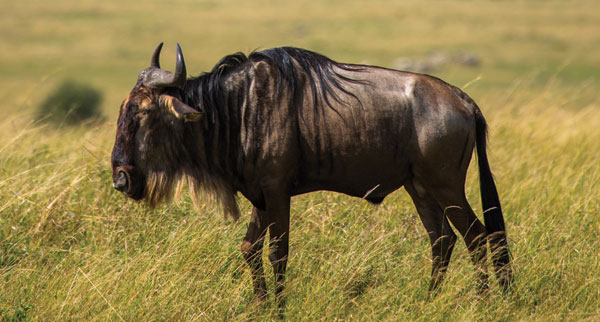 When it comes to once-in-a-lifetime experiences, witnessing the great migration across the Serengeti is up there with the most awe-inspiring in the world. Up to a million and a half wildebeest come together every year to trek north to the Masai Mara, setting off in April on a pilgrimage lasting several months.

For a lesser-known version of the migration, though, suggest an alternative; from January to March every year, the wildebeest move from Kenya’s Loita Plains to the Mara, passing through Ol Kinyei, a conservancy that spans hills, forest, savannah plains and other diverse landscapes.

Book it:2by2 Holidays offers a 12-night holiday to the Masai Mara and Zanzibar from £2,795, including all flights, game drives, park fees and accommodation.
2by2holidays.co.uk