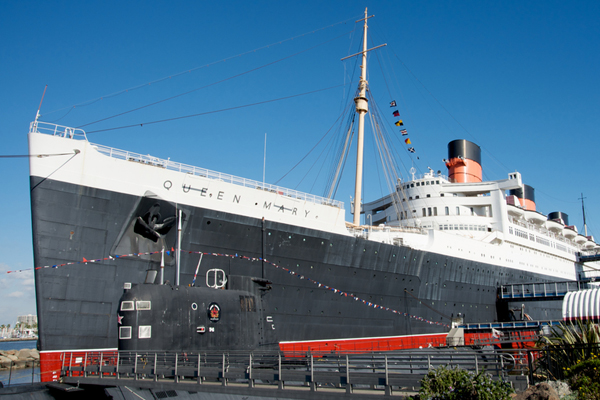 The iconic Queen Mary is so corroded that it is at urgent risk of flooding or collapse.

The price tag for repairing the 1930s ocean liner could near $300 million, according to a survey carried out by experts.

It could take five years to refurbish the ship, a tourist destination docked permanently in Long Beach Harbour south of Los Angeles, according to documents obtained by the Long Beach Press-Telegram reported by the Associated Press.

Naval architects and marine engineers who compiled the survey warn that the vessel is probably “approaching the point of no return.”

The hull is severely rusted and certain areas, including the engine room, could be prone to flooding.

And because the bilge system is inoperable, large amounts of water cannot be pumped out and could cause the ship to sink to the lagoon floor.

In addition, the pillar supports for a raised floor in an exhibition space are corroded throughout and could face “immediate collapse” under the weight of just a few people, according to the survey.

About three quarters of the repairs were deemed “urgent.”

The Queen Mary made Long Beach its permanent home in 1967 and acts as a floating hotel with shops, restaurants and event spaces, attracting some 1.3 million visitors a year.

City officials said the findings were being discussed with the ship’s current leaseholder, Urban Commons, and both sides were committed to preserving the historic asset and making sure it can safely remain open to the public.

Long Beach approved $23 million to address the ship’s most urgent repairs in November, and Urban Commons is working to secure additional funding.